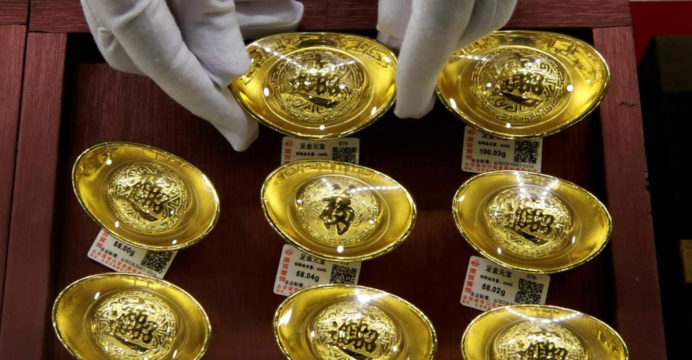 China has severely restricted imports of gold since May, bullion industry sources with direct knowledge of the matter told Reuters, in a move that could be aimed at curbing outflows of dollars and bolstering its yuan currency as economic growth slows.

The world’s second largest economy has cut shipments by some 300-500 tonnes compared with last year – worth $15-25 billion at current prices, the sources said, speaking on condition of anonymity because they are not authorized to speak to the media.

The restrictions come as an escalating trade confrontation with the United States has dragged China’s pace of growth to the slowest in nearly three decades and pressured the yuan to its lowest since 2008.

China is the world’s biggest importer of gold, sucking in around 1,500 tonnes of metal worth some $60 billion last year, according to its customs data – equivalent to one-third of the world’s total supply.

Chinese customs figures show it imported 575 tonnes of gold in the first half of the year, down from 883 tonnes in the same period of 2018.