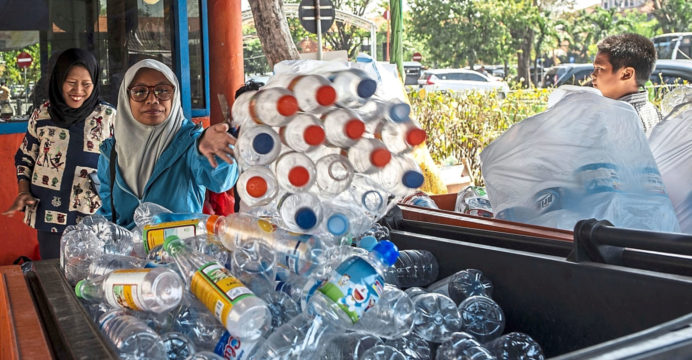 Dozens of people clutching bags full of plastic bottles and disposable cups line at a busy bus terminal in the Indonesian city of Surabaya — where passengers can swap trash for travel tickets.

The nation is the world’s second-biggest marine polluter behind China and has pledged to reduce plastic waste in its waters some 70 percent by 2025 by boosting recycling, raising public awareness, and curbing usage.

The Surabaya scheme has been a hit in the city of 2.9 million, with nearly 16,000 passengers trading trash for free travel each week, according to officials.

“This is a very smart solution. It’s free and instead of throwing away bottles people now collect them and bring them here,” explains 48-year-old resident Fransiska Nugrahepi.

An hour-long bus ride with unlimited stops costs three large bottles, five medium bottles or 10 plastic cups. But they must be cleaned and cannot be mashed.

There is a steady stream of people squeezing past sacks full of recyclables to deposit plastic in four bins behind the small office and claim their tickets.

Franki Yuanus, a Surabaya transport official, says the program aims not only to cut waste but also to tackle traffic congestion by encouraging people to switch to public transit. 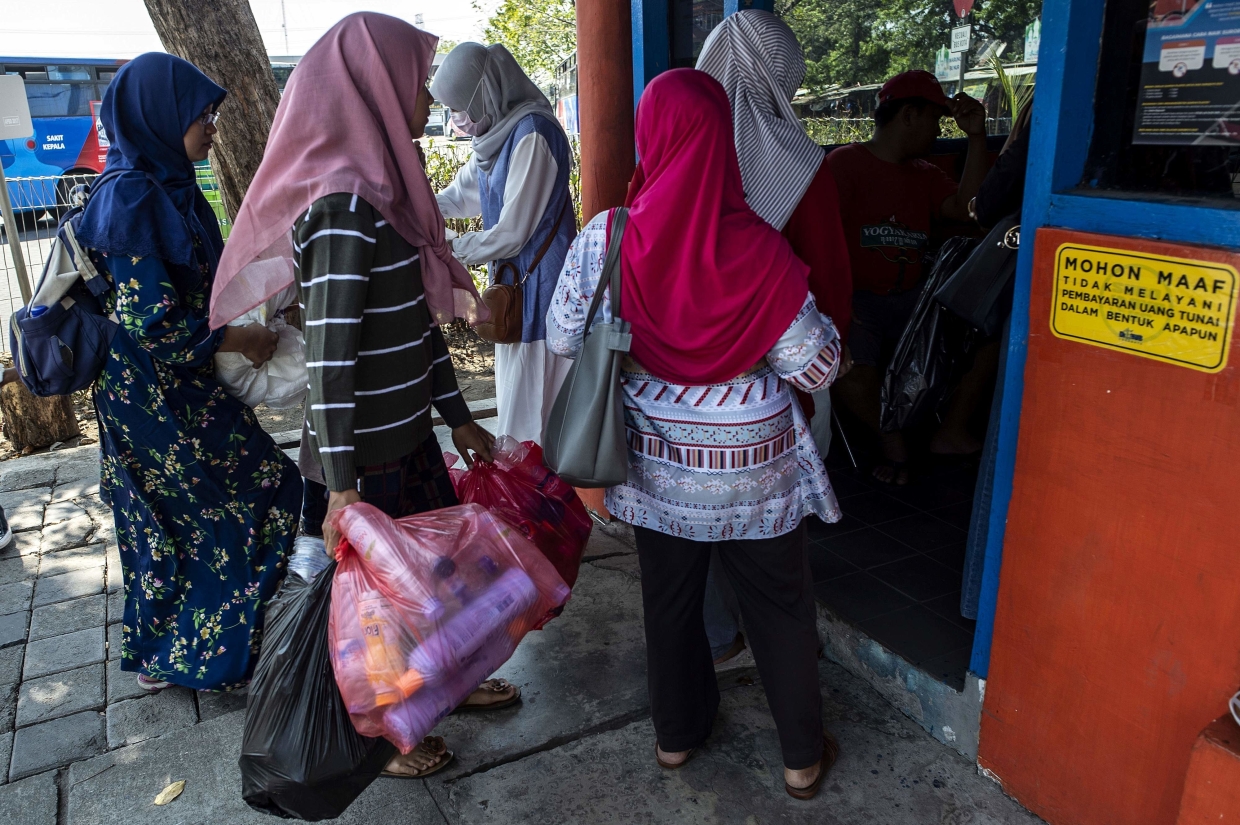 “There has been a good response from the public,” insists Yuanus, adding: “Paying with plastic is one of the things that has made people enthusiastic because up until now plastic waste was just seen as useless.”

Currently, the fleet consists of 20 near-new buses, each with recycling bins and ticket officers who roam the aisles to collect any leftover bottles.

Authorities said roughly six tons of plastic rubbish is collected from passengers each month before being auctioned to recycling companies.