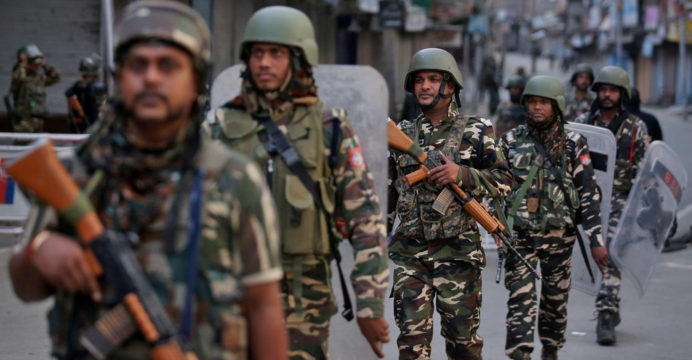 India reimposes some restrictions in Kashmir ahead of Eid ul Adha

Indian authorities reimposed some restrictions in parts of Kashmir on Sunday ahead of the Muslim festival Eid, amid fears that large gatherings could trigger renewed protests against Delhi’s withdrawal of special rights for the region.

Indian Prime Minister Narendra Modi’s government locked down the Muslim-majority region last Sunday, cutting off communications, detaining more than 300 political leaders and activists, and putting a ‘virtual curfew’ into force with numerous police and army roadblocks stopping the movement by many residents.

Seeking to tighten its grip on the region also claimed by neighboring Pakistan, India scrapped Jammu and Kashmir’s right to frame its own laws and allowed non-residents to buy property there. 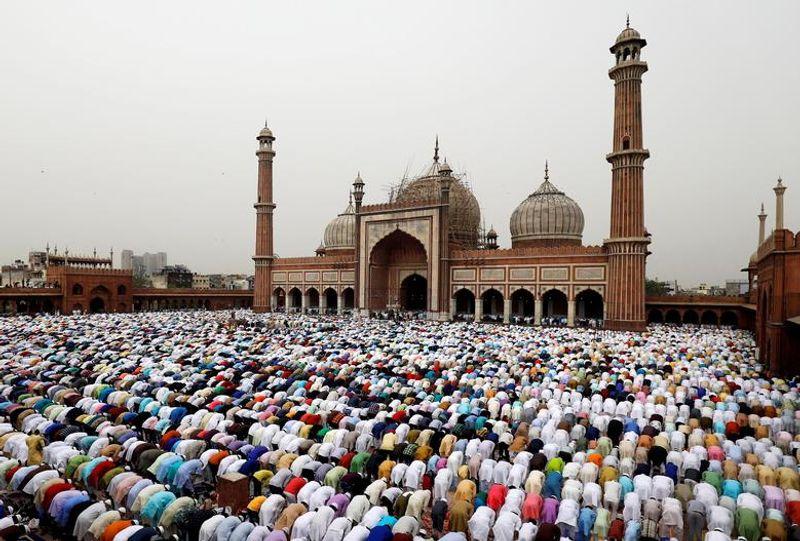 On Friday, restrictions on movement in some parts of the Himalayan region’s main city of Srinagar were relaxed, with people pouring out on to the streets to stock up on provisions.

But protests erupted after Friday prayers, with pro-independence youth demonstrating before being repelled by tear gas and pellets, according to police sources, witnesses and footage shown by international broadcasters.

On Sunday, a reporter saw a police van driving around one part of Srinagar announcing that restrictions had been imposed again and asking people to stay indoors.

Police checkpoints were also placed on some roads leading to the old quarter of the city, a traditional hotbed of protests, and some streets in central Srinagar. 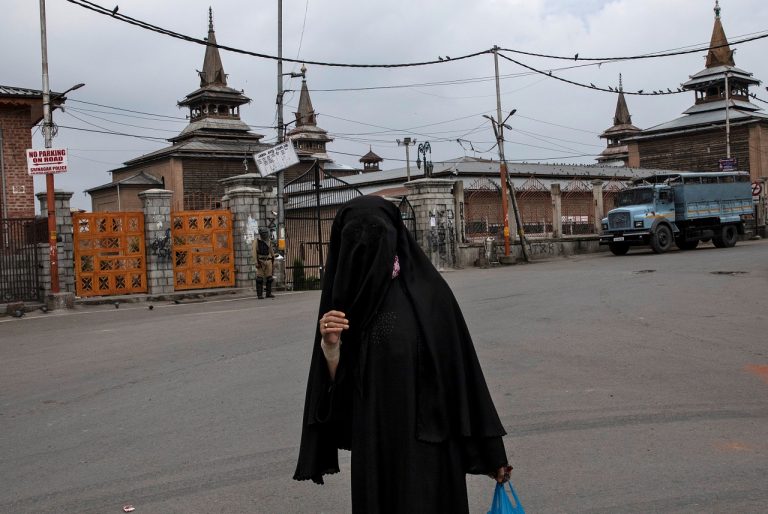 Officials were debating how to handle Monday’s Eid-al-Adha festival, one of the two most important festivals of the Islamic calendar, which typically sees several thousand throng major mosques in Srinagar.

India’s Home Ministry did not immediately respond to a request for comment on the latest restrictions in Kashmir.

Leaders in Kashmir had warned of a backlash against the stripping of autonomy in a territory where militants have been fighting Indian rule for nearly 30 years, leading to the deaths of more than 50,000 people.