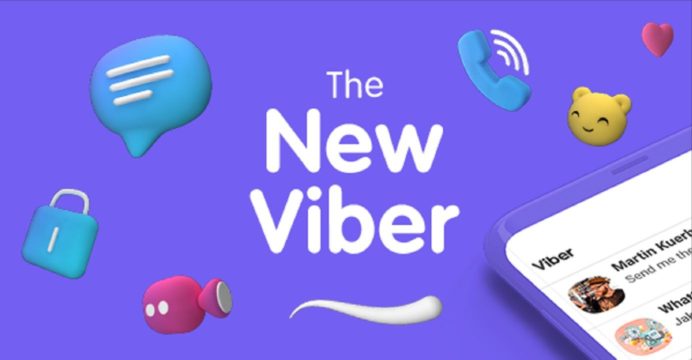 To cater to the growing number of users in Bangladesh, popular messaging application Viber has rolled out its new user interface (UI) in Bangla for the local market.  This is Viber’s major update for the people of Bangladesh which ensures easier accessibility and usability by everyone with a smartphone in the country.

The app, reputed globally as being one of the most secured cross-platform communication applications with default end-to-end encryption, is widely used in Bangladesh by individuals and communities. Viber has taken several initiatives recently to make the app more user-friendly and intuitive by adding new features, building local communities for organizations and celebrities, and rolling out localized sticker packs for users in the country as well as expat Bangladeshis abroad.

“Being one of the fastest-growing chat applications in Bangladesh right now, Viber has been enjoying increasing popularity. Hence, in addition to English, we decided to localize the user interface in Bangla so that it will be easier for most people in Bangladesh to navigate the app and communicate with others comfortably. We have continuously been trying to come up with new ideas to not only ensure easier accessibility but also to maintain user engagement,” said Anubhav Nayyar, Senior Director, Business Development, APAC, Rakuten Viber.

Viber launched their first sticker pack in Bangla in 2016 and since then they have launched an array of sticker packs in Bangla, such as Uradhura, Bissho (World Cup) Cricket 2019, Bhalobasha Bhalobashi, etc. The sticker packs contain various kinds of characters with Bangla phrases and words, providing the user with a wide range of emotions with appealing sticker designs.

Moreover, there are various organizations in Bangladesh maintaining public accounts and communities on Viber including media outlets, telecommunication companies such as Grameenphone, Robi, Banglalink, etc. along with celebrities. Users can get announcements and updates from these accounts and will be able to send and receive one-on-one messages with the admin panel of the public account.

With its user base growing every day, Viber is one of the fastest-growing chat applications among Bangladeshis. Thanks to its Bangla interface and stickers, Viber is connecting people in their own mother language.

Existing users can change the interface to Bangla by accessing setting within the app and changing the default language to Bangla. The app can be downloaded from playstore.