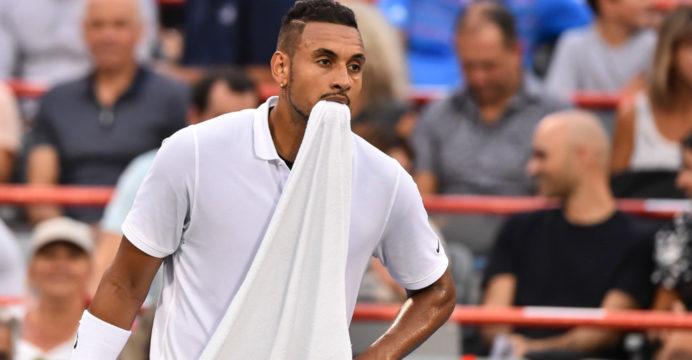 Nick Kyrgios crashed back to earth with a first-round loss at the ATP Montreal Masters on Tuesday, a 6-3, 6-4 victim Briton Kyle Edmund.

Two days after winning the ATP 500 series title in Washington with a burst of consistent form, the Australian court jester was unable to maintain momentum in a match delayed for 90 minutes in the second set by light rain.

“Kyle played well, served well and didn’t really give me any rhythm into the match at all.”

Kyrgios, who has come under fire for his inconsistency, said he was trying to “get to a period where I can be consistent and try to bring my game every week.

“Tonight was challenging, I was actually really looking forward to playing,” he added. “But I just got beaten by a better player today.” 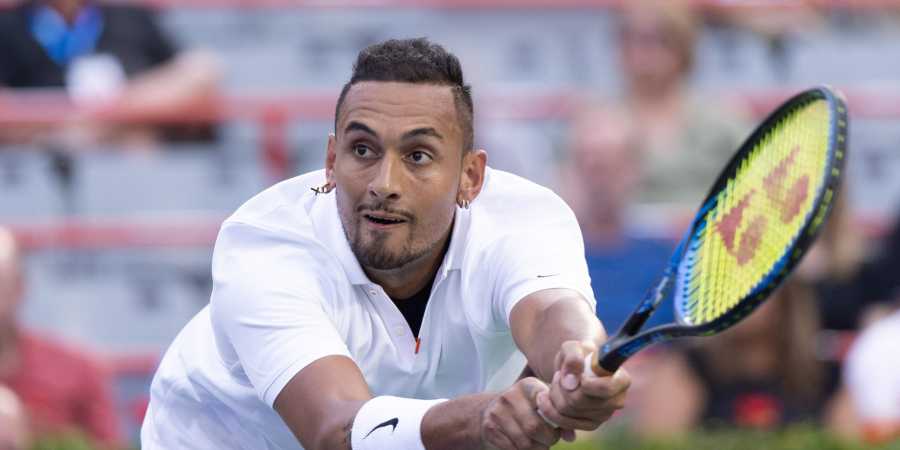 Edmund, who won the opening set and stood 4-all in the second when players returned to the court, broke immediately and served out the victory.

“It felt good,” he said after striking 35 winners to 14 for Kyrgios. “He’s a tricky player.

“I was watching for his underarm serve and he bluffed me once on that.

“You just cannot predict what he will do. I could only concentrate on my side and play my game.”

Kyrgios has returned to the Top 30 for the first time since last October as a result of his solid week in the US capital.

An electrifying clash lasting just over two and a half hours marked another success in a breakthrough season for the 18-year-old winner.

The world number 21 has already reached his first three career ATP singles finals and three months ago became the youngest player to crack the Top 25 since Lleyton Hewitt in 1999.

“I’m pleased that I won, it would have been tough to lose that one,” the teenager said.

“There were a lot of tough moments today, but I was able to deal with them in a good way every time. There’s a lot of positives to take from that.”