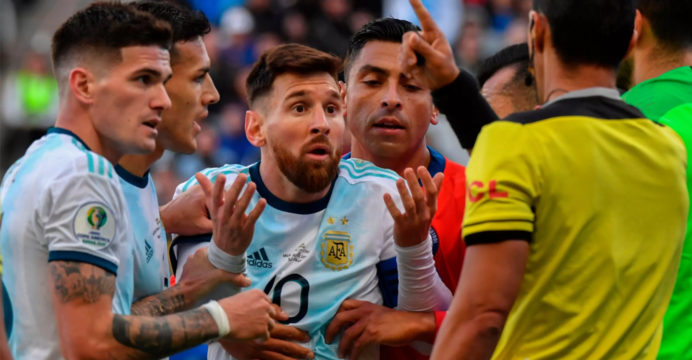 Argentina star Lionel Messi was banned from performing for his national team for three months and fined $50,000 on Friday by CONMEBOL after he heavily analyzed the South American football governing body during the Copa America.

The 32-year-old Barcelona forward had accused CONMEBOL of “corruption” after he was sent off against Chile during the third-place play-off during the tournament in Brazil, which ended last month.
Messi was excited by two conflicts during the June-July Copa hosted by bitter rivals Brazil.

Argentina was denied two penalty claims in their 2-0 semi-final defeat to the hosts, after which Messi claimed Brazil was “managing a lot in CONMEBOL these days.”

And when he was harshly dismissed in the next game, which Argentina went on to win 2-1, he couldn’t contain his anger.

“Corruption and the referees are preventing people from enjoying the football and they’re ruining it a bit,” Messi said. 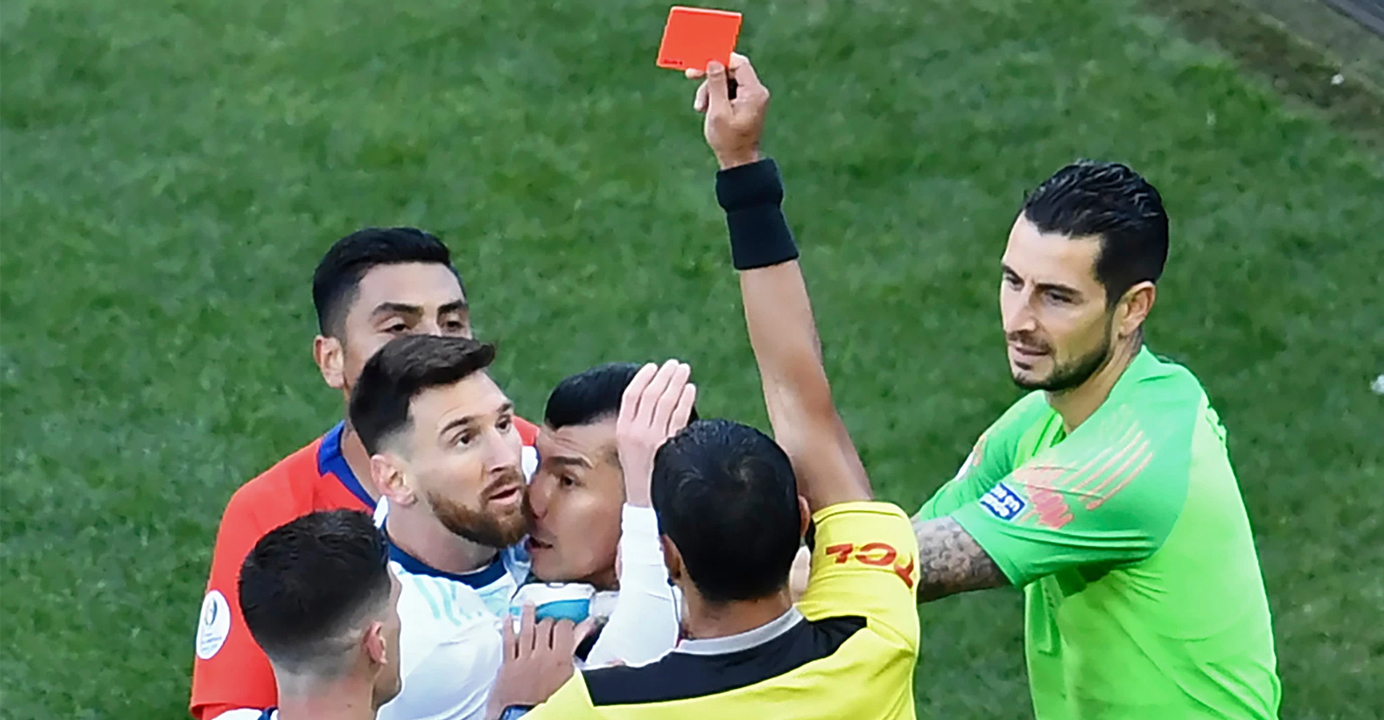 He was given his marching orders after a first-half scuffle with Chile captain Gary Medel in which television pictures suggested he’d done little wrong.

The CONMEBOL statement on its website didn’t specify why Messi was being punished but said it was related to articles 7.1 and 7.2 of its disciplinary regulations.

One such clause refers to “offensive, insulting behavior or making defamatory protests of any kind.” Another clause mentions “breaching the decisions, directives or orders of the judicial bodies.”

The ban means only that Messi will miss a handful of friendly matches as Argentina’s next competitive fixture is not until the South American qualifiers for the 2022 World Cup in Qatar begin in March.