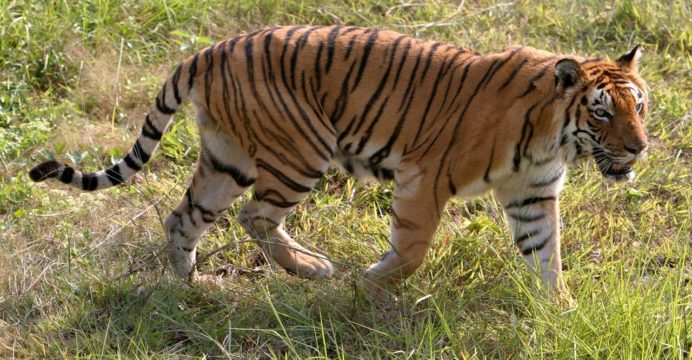 India is now home to nearly 3,000 tigers, a third more than it had four years ago, according to the latest tiger census. Prime Minister Narendra Modi, who presented the findings on Monday, said the tiger population had risen from 2,226 in 2014 to 2,967 in 2018.

He added that India is “now one of the biggest and most secure habitats of the tiger”. India is now estimated to be home to around 70% of the world’s tigers, reports BBC.

India counts its tigers once every four years – it’s a long, arduous task that involves forest officials and scientists trekking across half a million square kilometers (193,000 sq miles) looking for evidence of the tiger population. 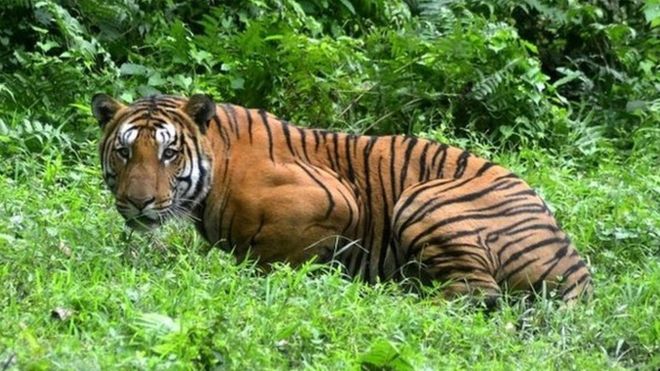 Mr Modi said the results of this tiger census would make “every Indian happy”.

This is a major conservation success, correspondents say. By one estimate, between 1875 and 1925 alone, some 80,000 tigers were killed in India. Bounty and sports hunting were rampant – kings and officials killed tigers in their thousands, using guns, spears, nets, traps and poison. By the 1960s the number of tigers had dwindled precipitously.

But a number of government initiatives to streamline tiger conservation – including a ban on hunting and awareness drives in villages -are said to be behind the increase of the population.

A strict wildlife protection law implemented in 1972 made it virtually illegal to kill or capture wild animals even when “problem animals” were involved in severe conflict situations. Under pressure from global conservationists, India also upped investments to hire more forest guards and improve protection of reserves.

The results began to show in 2006, and since then there has been a healthy uptick in tiger numbers.

But there has also been an increase in human-tiger conflict recently and one reason is that India has too many tigers and too few forests that can sustain them unless more protected reserves are added.

According to one estimate, big cats breed and live in only about 10% of India’s total potential tiger habitat of 300,000 sq km (115,830 sq miles). Animal density in many of these forest areas is high, and surplus tigers sometimes venture outside for food, bringing them into conflict with people who live nearby.

Conservationists say conflict with humans is largely restricted to the edges of protected areas, forests and plantations – and that unless India expands tiger reserves, such conflicts will increase.