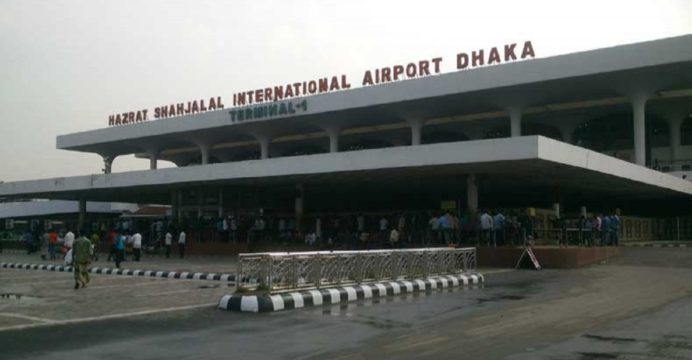 Travelers inside the Hazrat Shahjalal International Airport, Dhaka — both international and domestic — are faced an unbearable situation due to a power outage caused by a drive against illegal connections by the power supply authorities.

The power at the international airport was restored at 3:15 pm, Group Captain Mehboob Khan, director of Shahjalal airport, told reporters this afternoon.

Earlier in the day, Aviation Security Director Wing Commander Obeidur Rahman said there are no lights and air conditioning inside the domestic terminal and international terminals 1 and 2, reports The Daily Star.

Scanner, immigration computers and luggage belt have been kept functional by the generators. Therefore, no international flight has been affected, Obeidur Rahman said.

Following the partial power cut, the air conditioning system has not been working properly and passengers are not getting adequate light at the airport as well.

Water supply was also affected but it was restored to normal in the afternoon.

Soon after the outage, Group Captain Mehboob Khan said that power supply was disrupted “partially” following a drive of Dhaka Electric Supply Company (Desco) at a nearby slum.

Contacted, Desco has informed the airport authorities that it will take at least a few hours to resume full-fledged electricity supply there, he said.

Among the 100 units of air conditioning, only 90 are working currently, the director said.

Deputy Director of the airport Beni Madhob said tower control was functioning using generators which is why flights are facing no problem in landing and departure, he said

However, a Barishal-bound flight, which was scheduled to fly at 11:00 am, was delayed by two hours following the outage, he added.

A number of passengers informed reporters that the sudden outage had totally shut off the water supply at the airport.

Many domestic and international travelers were posting updates on social media platforms detailing the terrible condition at the airport.

“People of this country have endless patience! Otherwise, would the people sweat it out since 8 in the morning at the main airport of a country?” wrote one Motaher Hossain Masum.