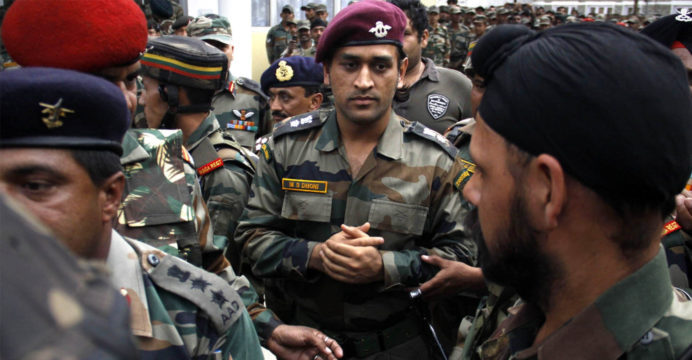 Dhoni to serve with army instead of touring West Indies

Former India captain M.S. Dhoni is to skip his country’s tour of West Indies to spend two months in the army but is not planning retirement, reports said.

The 38-year-old Dhoni, a national hero having led India to their 2011 World Cup triumph, is an honorary lieutenant colonel in a reserve force parachute regiment.

The wicketkeeper batsman has told the Board of Control for Cricket in India (BCCI) that he wants to miss the tour so he could spend time with the regiment, a BCCI official told Press Trust of India news agency late Saturday.

“M.S. Dhoni is not retiring from cricket right now,” the official insisted.

“He is taking a two month sabbatical to serve his paramilitary regiment which he had committed much earlier,” the official added.

Dhoni got into trouble during the World Cup in England for having his regiment’s insignia on his wicketkeeper’s gloves. 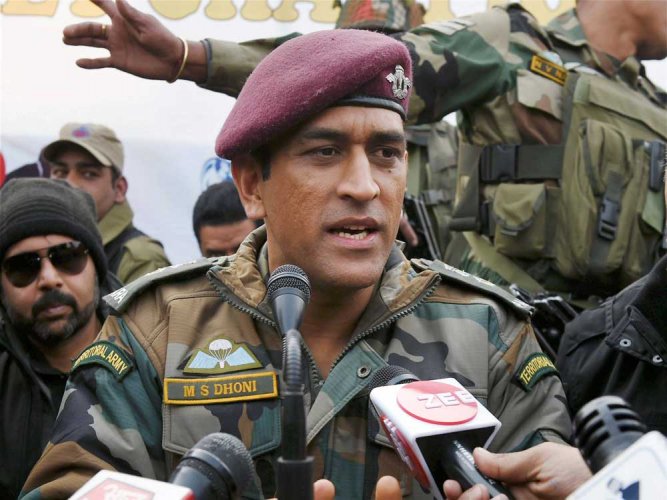 After India failed to reach the World Cup final earlier this month, India’s selectors, who meet in Mumbai on Sunday, had wanted to use the tour as the start of its rebuilding process.

Dhoni retired from Test cricket in 2014 and while he has remained a mainstay of India’s one-day teams, his form dipped during the World Cup and speculation has mounted about when he will call it a day.

The BCCI official said though that the board would not tell any individual when to quit.

Dhoni’s absence means that Rishabh Pant should take over as number one wicketkeeper for the West Indies.

India will be putting more focus on Twenty20 cricket in looming series ahead of the World T20 next year in Australia.

Dhoni’s withdrawal from the tour is certain to increase pressure for Pant to get priority for the World T20.