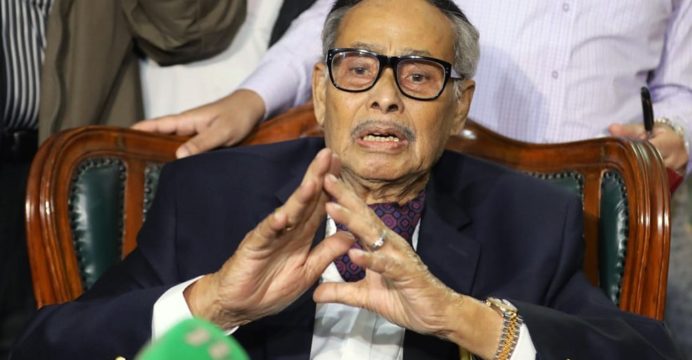 He had long been suffering from various ailments including infections in his lungs and kidneys. He was admitted to the Combined Military Hospital (CMH) in Dhaka on June 26 and was kept at the Intensive Care Unit (ICU). His condition later deteriorated and he was kept on oxygen support on June 30, reports The Daily Star. 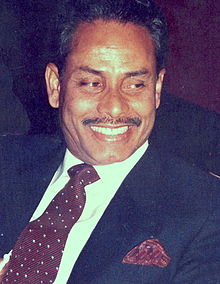 Ershad, also the Leader of the Opposition Leader in Parliament, had assumed power in 1982 when he was the army chief and declared himself the president the next year. He later formed the Jatiya Party and won the controversial election of 1986. The military dictator was ousted through a mass uprising in the early ’90s.

He was born in 1930 in Dinhata, a subdivision of Coochbehar district of present-day West Bengal in the-then British India, to Mokbul Hossain and Mazida Khatun. Ershad was one of nine siblings including GM Quader and Mozammel Hossain Lalu. His parents migrated from Dinhata to Bangladesh (the then East Pakistan) in 1948 after the India-Pakistan partition.

Ershad studied in Carmichael College in Rangpur, and later graduated from the University of Dhaka in 1950. He was commissioned into the Pakistan Army in 1952 from Officers Training School in Kohat. He was an adjutant in the East Bengal regimental depot in Chittagong. Later, he completed advanced courses from the Command and Staff College in Quetta in 1966.

During his regime, he suspended the country’s constitution and parliament, repressed his political opponents, and according to critics, he used “religion” to gain petty political interest through wooing country’s majority Muslims by making Islam as the state religion in 1988 by amending the constitution.

He formed a political party while holding the office of the Chief of Army and also being at the helm of the government.

Following a nationwide mass movement, Ershad was finally forced to step down on December 6, 1990. Later, he was arrested in 1991 and was released on bail in January 1997.

He was sued in over 26 cases on different charges including corruption. Later, he was convicted in two cases and while acquitted and discharged from 20 cases during the BNP and Awami League tenures.

But two cases — General Manzoor murder and a graft case – are still pending against him in two separate courts.

While in jail, he took part in the national elections of 1991, 1996 and won from all five constituencies he took part. In 1996, Ershad extended support to the Awami League to form a coalition government.

He continued to take advantage of the country’s tricky alliance-based politics, and became a pivotal figure in the political scenario of Bangladesh, especially in forming coalition governments.

Yet, despite the criticisms, Ershad was fondly called “Pallibandhu” by his admirers and had made very significant changes in the country’s local government system.

Ershad married RaushanErshad in 1956. The couple had a son together and also adopted a daughter. Raushan later went on to become the senior co-chairperson of Jatiya Party, and also a lawmaker and the leader of the opposition in the parliament.

Ershad faced criticism on many occasions for keeping a relationship with several women.

His later married Bidisha, his second wife, in 2000, and later made her a presidium member of JP. He has a son with Bidisha. However, the marriage ended in divorce over a “political drama” in 2005.