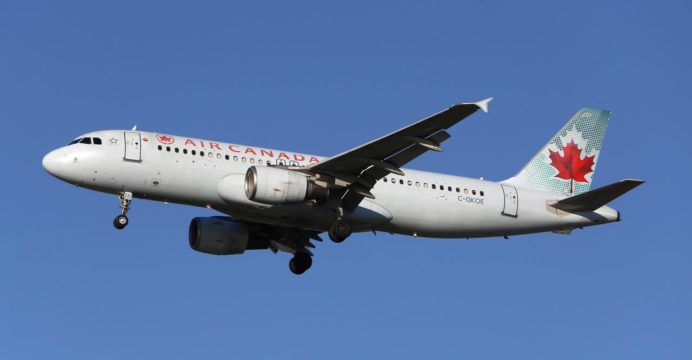 37 injured in Air Canada flight due to Turbulence

At least 37 people have been injured on board an Air Canada flight that hit severe turbulence and had to make an emergency landing. The plane – carrying 284 passengers and crew – was traveling from Vancouver to Sydney but was diverted to Hawaii.

It added that it was arranging hotels in Honolulu until a new flight to Australia could be arranged. The plane landed in Hawaii at 06:46 local time (16:46 GMT) on Thursday, reports BBC.

“We hit turbulence and we all hit the roof, and everything fell down… people went flying,” Jess Smith, a passenger on board the flight, told local TV station KHON.

“Some people that weren’t strapped in, you saw them rise in the air and hit their heads on the roof and everything, so it was quite intense,” another passenger told the station.

Alex Macdonald, from Brisbane, told Canadian broadcaster CBC News the passengers on board were “extremely shocked”.

“I saw the people ahead of me hitting the overhead baggage compartments and then just slamming back into their seats,” she added. 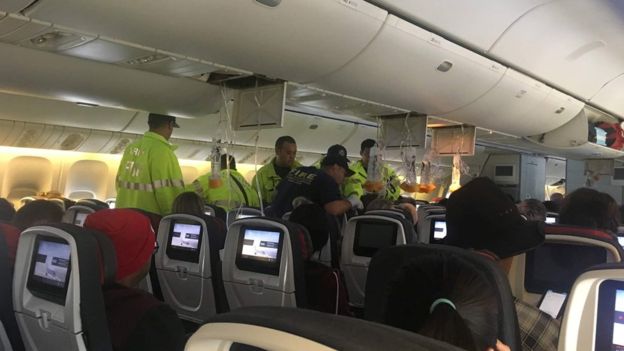 Photographs taken inside the aircraft show that oxygen masks were released and service trolleys thrown over during the incident.

Passengers have reported the cabin being bloodied and dented from passengers hitting the ceiling of the aircraft.

A social media post from one passenger showed him wearing a neck brace in the airport, along with the caption: “Unexpected holiday in Hawaii”

An Australian country band, Hurricane Fall, were also on the flight at the time. They confirmed in a Facebook post their vocalist had sustained injuries to his arm and elbow, but had been released from the hospital.