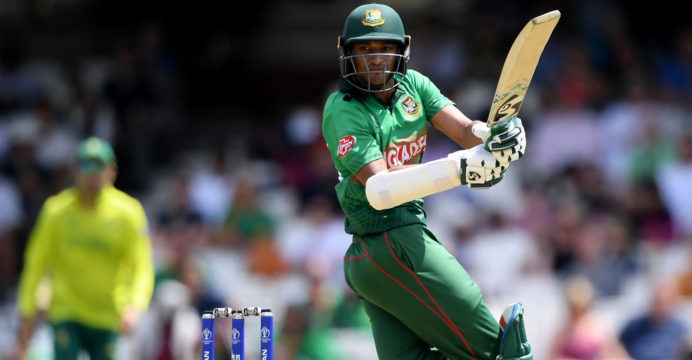 Bangladesh ace all-rounder Shakib Al Hasan created milestone in each and every match he played for his team in this World Cup, to keep the cricket statistician busy all the time, reports BSS.

He scored 606 runs and claimed 11 wickets in the eight matches he played, which is a unique record for a player in the World Cup history.

He has more other milestone and record to show. Here is the list

The outcome made him the fifth cricketer in the world to reach 5000 runs and 250 wickets simultaneously. With the wicket of Aiden Markram, the number one all-rounder made his way into the history books. He is quickest to get the feat that also included Sanath Jayasuriya (Sri Lanka), Shahid Afridi (Pakistan), Jacques Kallis (South Africa) and Abdul Razzak (Pakistan). 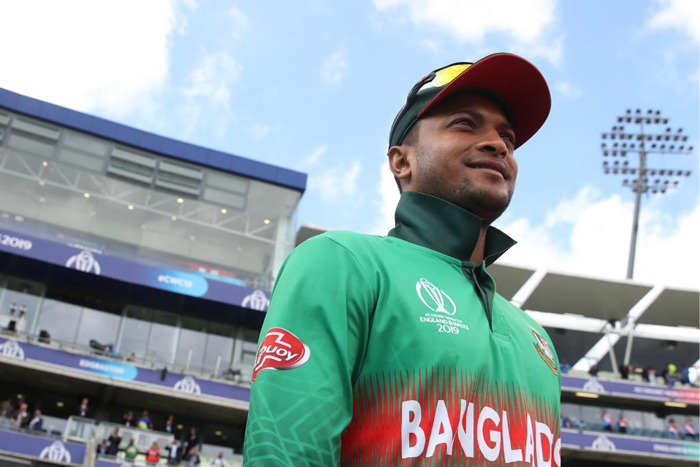 During the course of his 75 runs, he also completed 11,000 runs in all format of International cricket. Bangladesh won the game by 21 runs and Shakib was the man of the match.

New Zealand: Shakib touched the milestone of 200 ODIs for Bangladesh as third Bangladeshi player (Later Tamim Iqbal joined in this club as fourth player). He marked the match with 64 runs and 2-47 even though Bangladesh lost the game narrowly by two wickets.

England: Shakib struck 121 runs in this match in Bangladesh thumping 106-run defeat but he became the second Bangladesh batsman after Mahmudullah Riyad to hit a World Cup century. His consistency with batting and bowling made him the role model of the country’s young players, said Mehidy Hasan Miraz.

Sri Lanka: The game was washed out by heavy rain without a ball being bowled and thereby Shakib missed to create more record.

West Indies: Shakib struck 99 ball-124 not out and snapped up 2-54 in Bangladesh crushing seven-wicket win over West Indies, gunning down their 322-run target with 51 balls to spare. This was the second highest successful chase in World Cup history. During the course of his 124, Shakib became the second Bangladeshi batsman after Tamim Iqbal to reach 6000-run milestone and became only the fourth player to achieve the double of 6000-run and 250 wickets and again got there in quickest time than anyone else.

The century was his consecutive second, matched him with Mahmudullah Riyad for a Bangladeshi batsman. Riyad also had two straight centuries in 2015 World Cup. 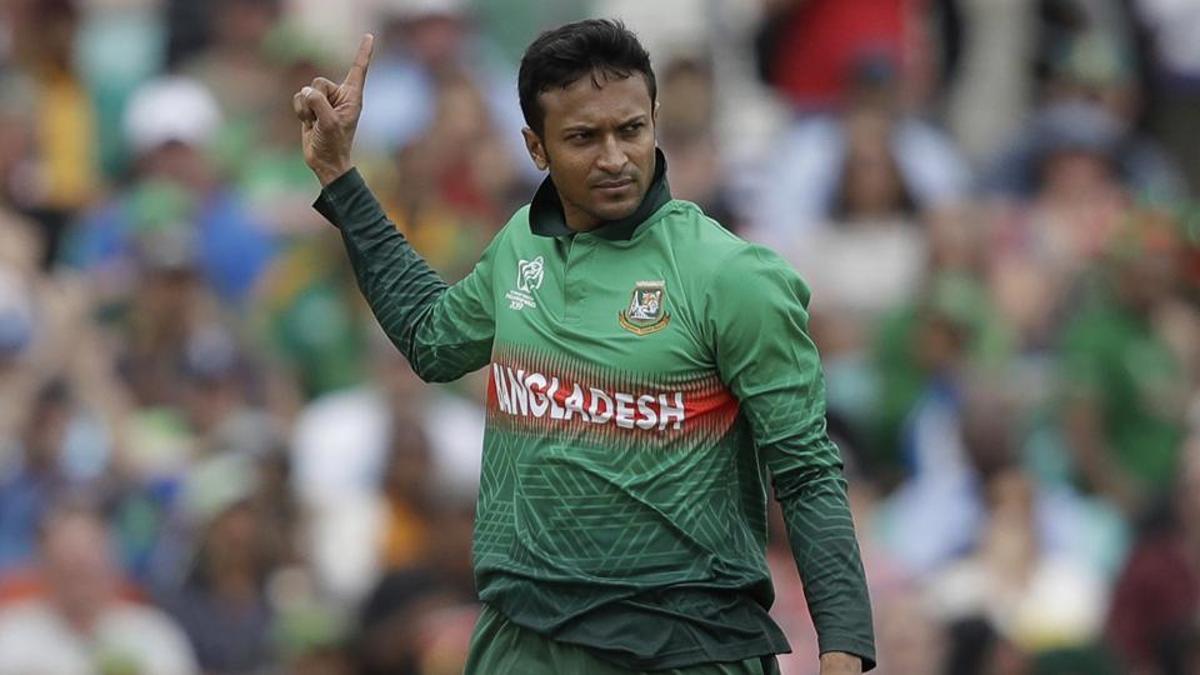 Afghanistan: But Shakib amended those disappointing performances with epic show against Afghanistan in which Bangladesh won by 62 runs. He made 51 and became the first Bangladeshi bowler to scalp five-for in World Cup, claiming 5-29, which was his career best bowling figure too.

India: He again came up with 66 runs knock that took his tally 500 runs in single edition of World Cup as the first Bangladeshi batsman. Bangladesh lost the match by 28 runs, which effectively ended their semifinal hope but Shakib held his head high.

Pakistan: His 64-run knock was his seventh fifty plus knock in eight games and by doing so he emulated Sachin Tendulkar to hit seven fifty plus knock in a single edition. Tendulkar was the only man to achieve this feat in 2003 World Cup. He also crossed 600 runs mark in a World Cup as the third batsman after Sachin (2003) and Mathew Hayden (2007). He became the only player in the World Cup history with 600 plus runs and 10 plus wickets. Bangladesh though lost the match by 94 runs.

His 606 runs in this World Cup took his tally to 1146, placing his ninth in the all-time highest run-getter list, led by Sachin Tendulkar (2278 runs).