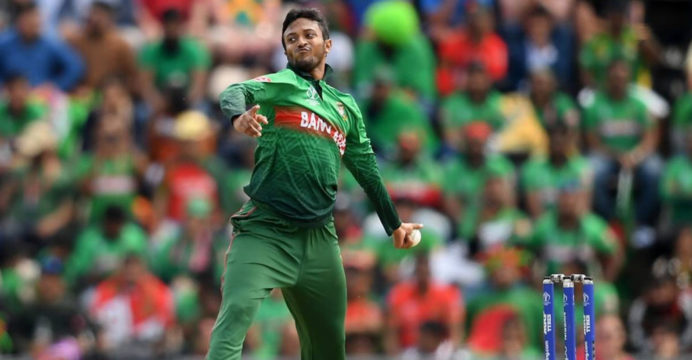 Bangladesh ace all-rounder Shakib Al Hasan said he will feel more satisfied from his personal point of view if he can help the side win the match against Pakistan and end the tournament on successful note.

”I will try to end the World Cup on high note by performing the way I am doing till now because then I will feel much better from my personal point of view,” Shakib said.

”I always prefer to contribute in my team’s win. If I can do that, I will feel much satisfied,” he added. Shakib has so far scored 542 runs from seven games, two runs short of top placed Rohit Sharma.

The 32-year all-rounder has been in exquisite form in this World Cup, having already smashed two hundreds and four fifties in the mega event.

The Bangladesh talisman scored 66 and took 1-41 in his side’s losing- cause against India on Tuesday and by doing so, he became the first player in the history to score 500 plus runs and scalps 10 plus wickets in one edition of World Cup. 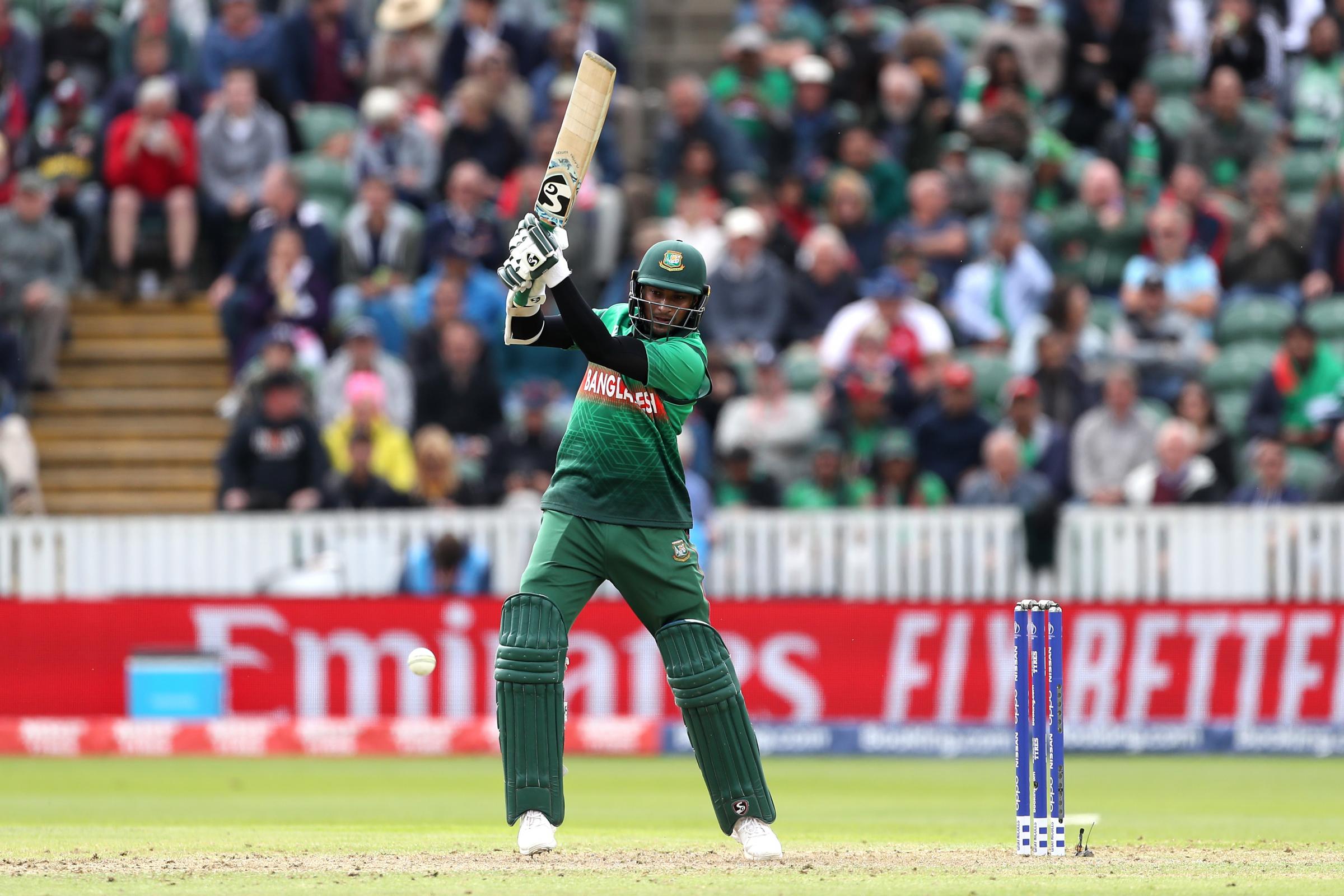 Shakib became the 10th batsman to have scored 500 runs in one edition of World Cup to join the elite list of players. He also is the first Bangladeshi player to do so.

Shakib earlier became only the second player after India’s Yuvraj Singh to bag a fifer and also score a fifty during his match winning performance against Afghanistan. He has already scalped 11 wickets in the World Cup.

But still he looked dejected not to help the side move into the semifinal. If Bangladesh can win the match against India, they can give a shot at semifinal even though New Zealand’s net-run-rate was much better.

He said that Tamim Iqbal’s failure to grab regulation catch of Rohit Sharma was costly as that changed the complexion of the game afterwards.

Bangladesh’s semifinal hope was ended after a middling performance that saw them concede a 28-run loss to India in their must-win game at Edgbaston.

Having restricted India to 314-9, at least 30 runs less than what the men in blue expected; Bangladesh came up with out-of-sort and jaded batting performance to be bundled out for 286 in 48 overs.

Rohit Sharma, survived from a regulation catch on 9, struck 92 ball-104, his fourth century in the tournament and KL Rahul scored 77 to set such a target for Bangladesh which was never easy on an increasingly deteriorating pitch.

”Actually, the wicket in which the match was played it was a used wicket. So, generally if runs go beyond 300 in this type of wicket chasing becomes difficult. I think if it was between 280 to 290 runs then it would have been lot better,” said Shakib.

”At first we bowled very poorly. I think it was the biggest reason behind our defeat. Maybe [if we could hold on to that catch] it could have been different. The form he is in, if someone like him gets another opportunity he will make full use of it so that [miss] was costly for us,” he concluded.