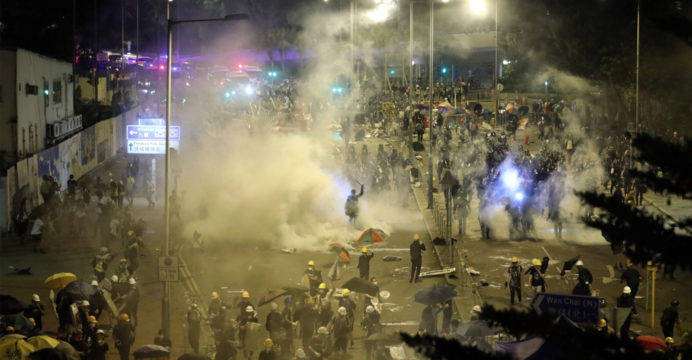 Calm returns to Hong Kong after protests erupt into violence

A tense calm descended on Hong Kong early on Tuesday, hours after police fired tear gas to disperse hundreds of protesters who had stormed the legislature in chaotic scenes to protest against an extradition bill in a direct challenge to Beijing.

Debris including umbrellas, hard hats and water bottles were the few signs left of the mayhem that had engulfed parts of the Chinese-ruled city overnight after protesters stormed and ransacked the legislature.

Police cleared roads near the heart of the financial center, paving the way for business to return to normal following extraordinary violence on the anniversary of Hong Kong’s 1997 return to Chinese rule.

However, the former British colony’s government offices, where protesters smashed computers and spray-painted “anti-extradition” and slurs against the police and government on chamber walls, were closed on Tuesday. 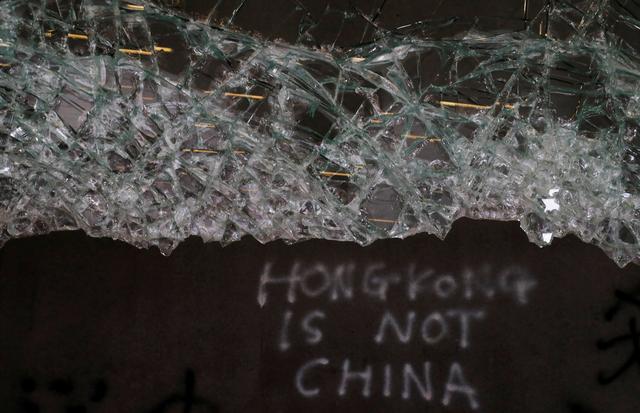 The government’s executive council meeting was due to be held in Government House, officials said.

Millions of people have taken to the streets in the past few weeks to protest against the now-suspended extradition bill that would allow people to be sent to mainland China to face trial in courts controlled by the Communist Party.

Lawyers and rights groups say China’s justice system is marked by torture, forced confessions and arbitrary detention. China has been angered by Western criticism of the bill.

The bill triggered a backlash against Hong Kong leader Carrie Lam, taking in the business, diplomatic and legal communities that fear corrosion of the legal autonomy of Hong Kong and the difficulty of guaranteeing a fair trial in China.