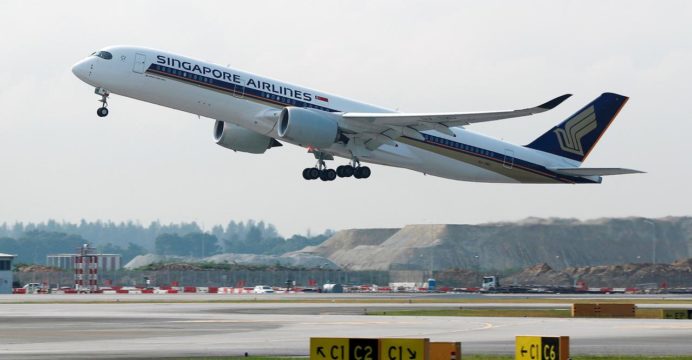 Singapore Airlines and Malaysia Airlines have signed a preliminary agreement to explore a wide-ranging strategic partnership that could include more codeshares as well as cargo and aircraft maintenance, the companies said on Thursday.

The cooperation between the airlines, which split out from Malaysia-Singapore Airlines in 1972, comes amid financial trouble at Malaysia Airlines, reports Reuters.

The Malaysian government is considering whether to shut, sell or refinance the loss-making national carrier, Prime Minister Mahathir Mohamad said in March.

Shukor Yusof, the head of Malaysian aviation consultancy Endau Analytics, said between the Singapore Airlines deal and a recent joint venture agreement with Japan Airlines Co Ltd there appeared to be little chance the government would sell its national carrier.

“Malaysia Airlines needs as many tie-ups as possible to stay alive,” he said. “That said, Singapore Airlines is likely to gain more having a bigger, wider market and network and more importantly, deeper pockets.”

The new cooperation could include “a significant expansion of codeshare flights beyond Singapore-Malaysia routes, as well as enhancements on the frequent flyer program front”, both airlines said in a joint statement.

The carriers said they intended for a formal agreement to be finalised in the coming months subject to regulatory approvals and that it would include Singapore Airlines subsidiaries SilkAir and Scoot as well as Malaysia Airlines’ Firefly arm.

“This will naturally start speculation that Singapore Airlines could be the white knight strategic investor that Malaysia Airlines needs and the Malaysian government has been advocating for, but there would be so many challenges that would need to be overcome to make that a serious option,” Sobie said.

Ties between the two neighbors, which were a single country until Singapore split from Malaysia in 1965, have been strained at times.

The most recent spat was over maritime borders and air space between Singapore and Malaysia’s southern-most state of Johor. The countries agreed in January to take steps to de-escalate tensions.