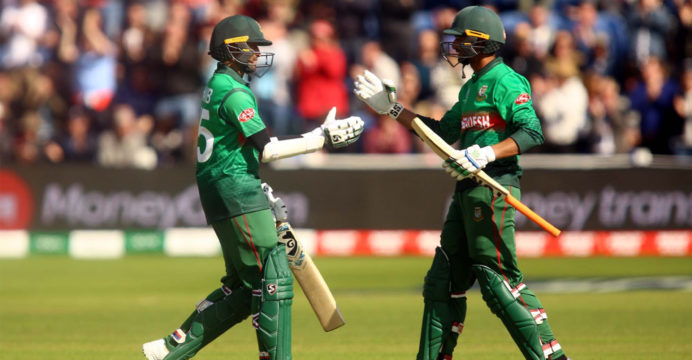 A determined Bangladesh look to bounce back in winning-way to revive their World Cup semifinal hope when they take on Sri Lanka at Bristol on Tuesday. The match starts at 3.30 PM (Bangladesh Standard Time).

The Tigers began their journey in impressive fashion with a 21-run win over South Africa after posting their ODI highest 330-6 but stumbled twice in consecutive matches-losing New Zealand to a narrow two-wicket margin and a humiliating 106-defeat to hosts England.

The defeat to England however is morale-shattering given the manner in which they lost the match. Bangladesh was clueless, jaded and out-of-sort in bowling while they were sloppy in fielding that cost them at least 50 runs.

England took full advantage of their shaky effort in the field to compile their World Cup highest 386-6.

A victory looked distant dream after getting such target but taking the team past 300 at least could have given Tigers some confidence. However apart from Shakib Al Hasan who became second Bangladeshi player to hit World Cup century with classy 121, everyone put up mindless batting, which wrapped up their innings for 280 in 48.5 overs. 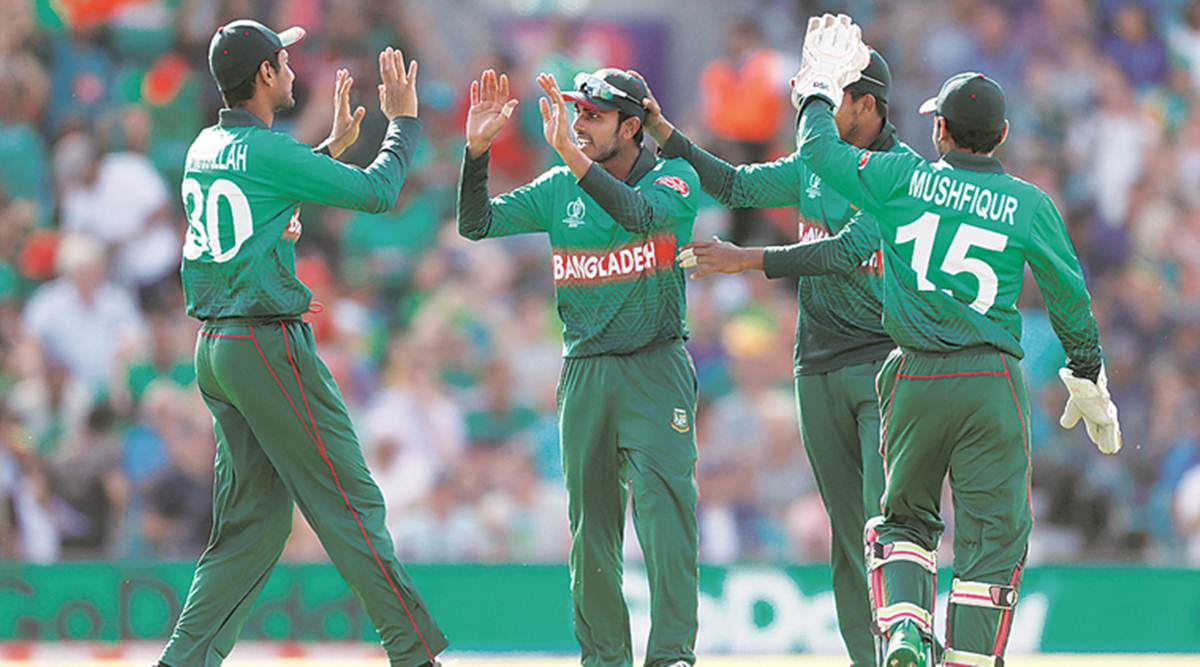 After such defeat, Bangladesh are at lowest ebb but captain Mashrafe Mortaza insisted the players should be motivated to stay alive in semifinal race as they have still six matches left.

Mashrafe wants his side to begin the journey of reviving the semifinal hope with the victory against Sri Lanka, a team whom they beat quite several times in the recent past.

”Still six matches to go and hopefully others step up in those games because we have very important matches coming up,” Mashrafe said after their defeat to England.

Because of playing against each more often, both teams are quite aware of their strength. They encountered each other 45 times, of which Sri Lanka won 36 matches and Bangladesh seven while two matches were abandoned.

Once used to beat Bangladesh with quite ease, Sri Lanka’s outright domination was over after the 2015 World Cup, when the Tigers’ cricketing renaissance kick-started in vigorous fashion. Since then both team played seven matches with the result locked at 3-3 while one match was rained-off. The last time the both teams met in Asia Cup in Dubai, Bangladesh beat Sri Lanka by 137 runs thanks to Mushfiqur Rahim’s career-best 144.

The Tigers met Sri Lanka thrice in World Cup and all lost duly without much resistance. If the recent record is taken into consideration, Bangladesh should set their record right against Sri Lanka also in cricket’s biggest carnival. 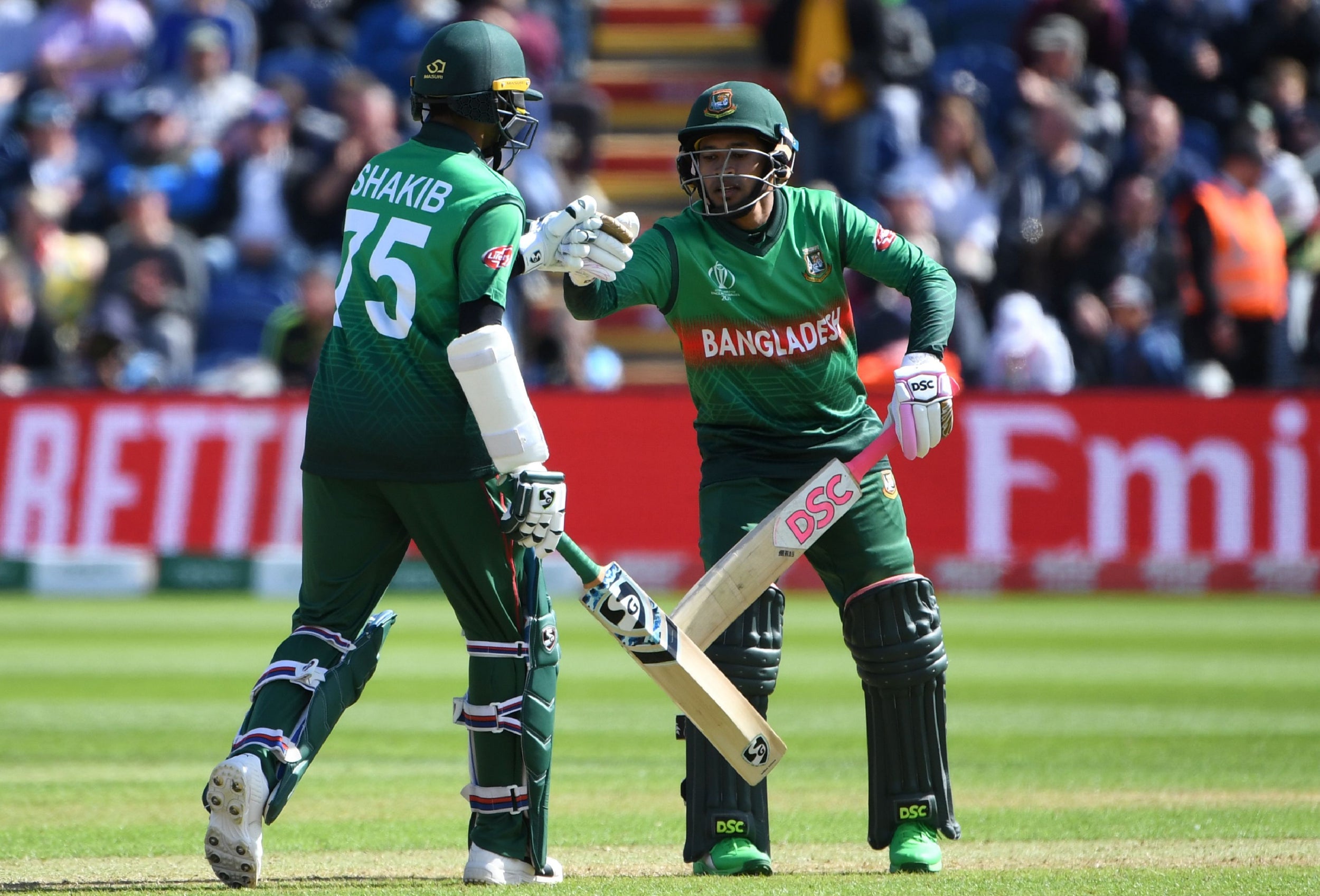 Sri Lanka however began this World Cup in worst fashion, having lost to New Zealand by 10 wickets after being all out for 136 and then they narrowly escaped an Afghanistan juggernaut, beating them by 34 runs thanks to D/L method. That they lost nine wickets for 57 runs against Afghans exposed their batting vulnerability. Their last match against Pakistan was washed out due to consistent rain.

With both teams have now just one win under belt, the match is important for both of them in keeping them alive. But Sri Lanka will be without the service of fast bowler Nuwan Pradeep who prevented his side being upstaged to Afghanistan with four-for after receiving a nasty blow to his hand during a practice session.

Sri Lanka’s coach Chandika Hathurusingha was Bangladesh’s coach just two years ago, guiding them to be World beater. Most of the Bangladeshi players in this World Cup squad were nursed by Hathurusingha and so he knew the strength of them. But that shouldn’t be a disadvantage because Bangladesh still beat Sri Lanka with Hathurusingha in charge.

Considering the recent performance and stat, Bangladesh would be outright favourite to win the game as it is perceived.

“When we win, we perform well as a team. The matches we won, we had done well in every department,” Bangladesh spinner Mehidy Hasan Miraz said, stressing upon the needs to play as a unit.”

“Winning the next match against Sri Lanka is imperative in keeping us alive in the tournament.”