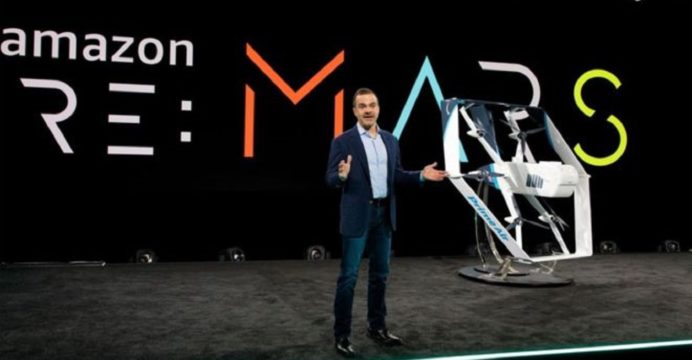 Amazon to use drones to deliver packages to customers “within months”

Amazon has said it will use drones to deliver packages to customers “within months”. It unveiled its latest iteration at a conference in Las Vegas, touting the machine’s ability to spot obstacles such as people, dogs, and clotheslines.

Mr Wilke did not say where in the world the drone deliveries would initially take place, or precisely when.

However, the US Federal Aviation Administration told the BBC it had granted Amazon a permit to operate the drone in the US. 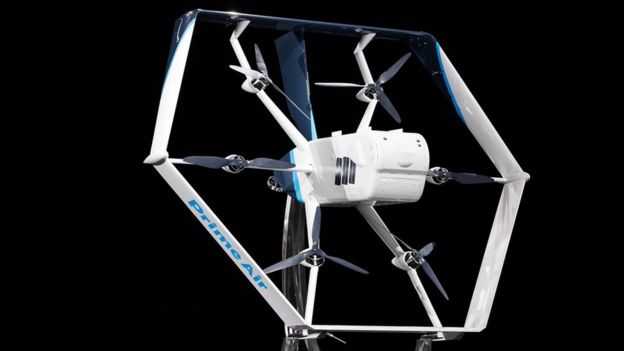 “The FAA issued a Special Airworthiness Certificate to Amazon Prime Air allowing the company to operate its MK27 unmanned aircraft for research and development and crew training in authorized flight areas,” the regulator said.

“Amazon Prime Air plans to use the aircraft to establish a package delivery operation in the United States. This certificate is valid for one year and is eligible for renewal.”

In the past, Amazon has been accused of using the promise of drone delivery as a headline-grabber to push its publicity around its Prime membership service.

But in December 2016, the company ran an apparently successful trial in Cambridge, UK. A package was delivered, by drone, in 13 minutes.

On stage during the firm’s “Re:Mars” conference – an event highlighting the firm’s work in machine learning, robotics, automation and space – Amazon displayed the drone that will be used.

It uses six rotors, and “sees” what’s around it using a combination of data from visual, thermal and ultrasonic sensors.

The firm insisted that it had built a drone with multiple redundancies for avoiding objects, even if it lost its connectivity.

“Some drones are autonomous but not able to react to the unexpected, relying simply on communications systems for situational awareness,” Mr Wilke said.

“If our drone’s flight environment changes or the drone‘s mission commands it to come into contact with an object that wasn’t there previously – it will refuse to do so – it is independently safe.”

The firm shared a video of a test flight, but its sound was covered by music. One aspect that might affect societal acceptance could be noise, said Carolina Milanesi, from Creative Strategies.

“I’m sure that it will be a concern, although it might not be that different from the noise from a delivery truck arriving at your home.

“The only difference is that the drone might be closer to a person’s home if it’s landing in the garden.”