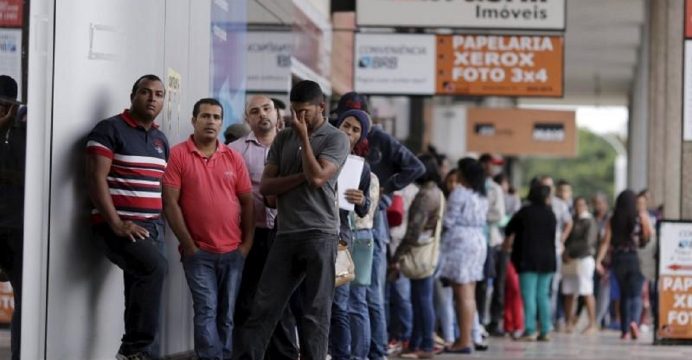 Brazil’s jobless rate fell in the latest three-month period, data showed on Friday, but the number of people who gave up looking for work hit a record high as the economy totters on the edge of recession.

The grim assessment of Brazil’s job market came a day after figures showed Latin America’s biggest economy shrank 0.2 percent in the first quarter — the first contraction since it emerged from a devastating 2015-2016 recession, reports BSS.

Embattled far-right President Jair Bolsonaro came to power in January on a promise to revive the economy, which grew only 1.1 percent in 2017 and 2018.

He may take some comfort from the improvement in the February-April unemployment rate of 12.5 percent — down from 12.7 percent in the January to March period. But it still leaves more than 13 million people looking for work.

“It could get worse because there is no way to generate employment with a virtually stagnant economy,” warned Jose Ronaldo Souza, an economist at the government-backed Institute for Applied Economic Research.

Friday’s data also showed that a record 4.9 million people gave up searching for a job — 4.3 percent more than the previous three-month period.

And the number of underemployed people — which measures the utilization of the workforce — also hit the highest level since the statistical series began in 2012 — 28.4 million people, up 3.9 percent.

Among them is Lucia Santos, 23, who has been looking for full-time work as a cashier in Rio de Janeiro for the past five years.

“It’s difficult, even more so for people who have children. It’s extremely complicated,” Santos told reporters at a jobs center this week. She has two children, aged seven and five.

“I think things are going to get worse than they are now (under Bolsonaro).”

Her comments were echoed by Wellington Wilson, who has spent the past year trying to get work as a waiter.

“There are no jobs, no vacancies,” said Williams, 45, as he sat at a government employment agency.

“I’ve never stayed unemployed for this long before. In the past it’s taken me one or two months at the most to find a job. 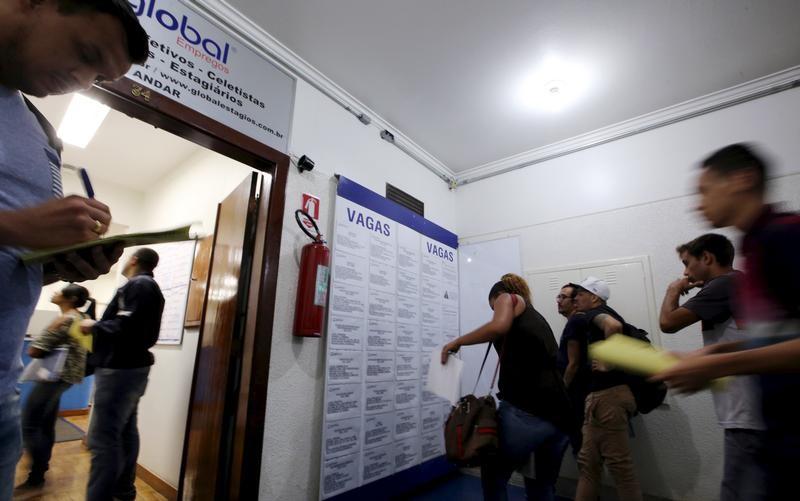 The outlook for Brazil’s economy is bleak. Market analysts have pared back their full-year growth forecasts for 13 weeks in a row and now expect the economy to grow 1.2 percent.

Bolsonaro’s government has insisted that the way to turn around the economy is to pass its ambitious pension reform, which is stalled in Congress.

Approval of that bill would pave the way for other much-needed reforms, analysts say.

Souza warned that pension reform was not a silver bullet to Brazil’s economic woes.

Without it, though, it would be difficult to resolve Brazil’s “fiscal problem.”

“We are at serious risk of slipping back into recession,” he said.

One of the factors holding back Brazil’s recovery is its huge public debt, which the International Monetary Fund estimates to be 88 percent of GDP —one of the largest among its peers.