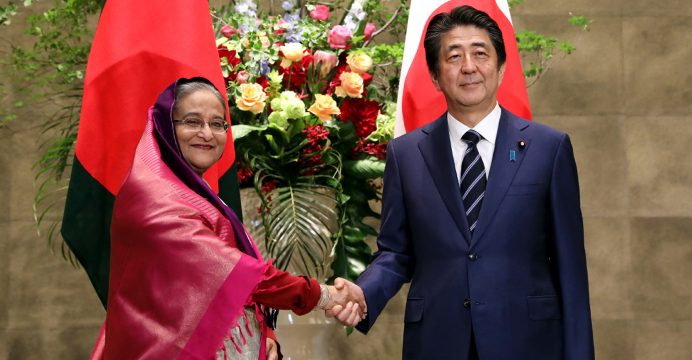 “The two leaders pledged to work in unison against terrorism and violent extremism both at the national and international levels,” Foreign Secretary Mohammad Shahidul Haque said while briefing reporters after the talks held at the Prime Minister’s Office here this afternoon.

The foreign secretary added that Prime Minister Sheikh Hasina said Bangladesh and Japan will work together to take the existing relationship to a “strategic level”. 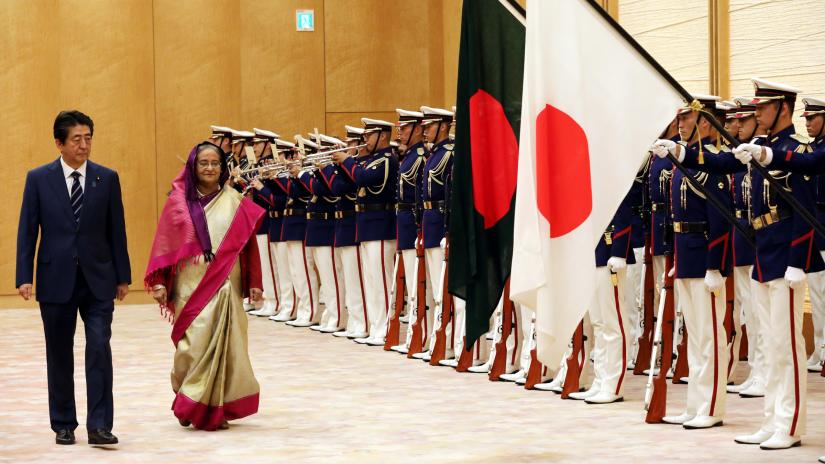 In this connection, she proposed to open a skill development institute in Bangladesh to make people skilled.

Abe responded very positively in this regard and said officials of the two countries will discuss the issue.

The Japanese premier congratulated Prime Minister Sheikh Hasina on her reelection for the third consecutive term and expressed his desire to work with her government, the foreign secretary said.

Sheikh Hasina invited her Japanese counterpart to attend the “Mujib Borsho” to be celebrated in 2020-2021 and Abe accepted the invitation, saying that he will consider it positively.