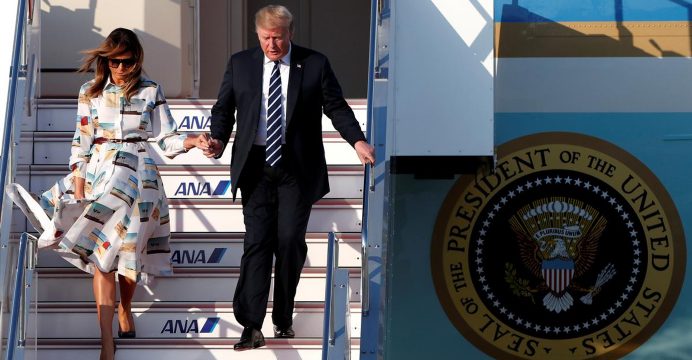 U.S. President Donald Trump urged Japanese business leaders on Saturday to increase their investment in the United States while he chided Japan for having a “substantial edge” on trade that negotiators were trying to even out in a bilateral deal.

Trump arrived in Japan on Saturday for a largely ceremonial state visit meant to showcase strong ties even though trade relations are problematical. In the evening, the Tokyo Sky Tree tower was lit up red, white and blue in Trump’s honor.

Shortly after arriving at the airport to a red-carpet welcome, Trump attended a reception at the residence of U.S. Ambassador William Hagerty that the White House said included Japanese business executives from Toyota, Nissan, Honda, SoftBank and Rakuten.

Trump told the company officials there had never been a better time to invest in the United States and repeated a complaint that the Federal Reserve’s policies had kept U.S. economic growth from reaching its full potential. 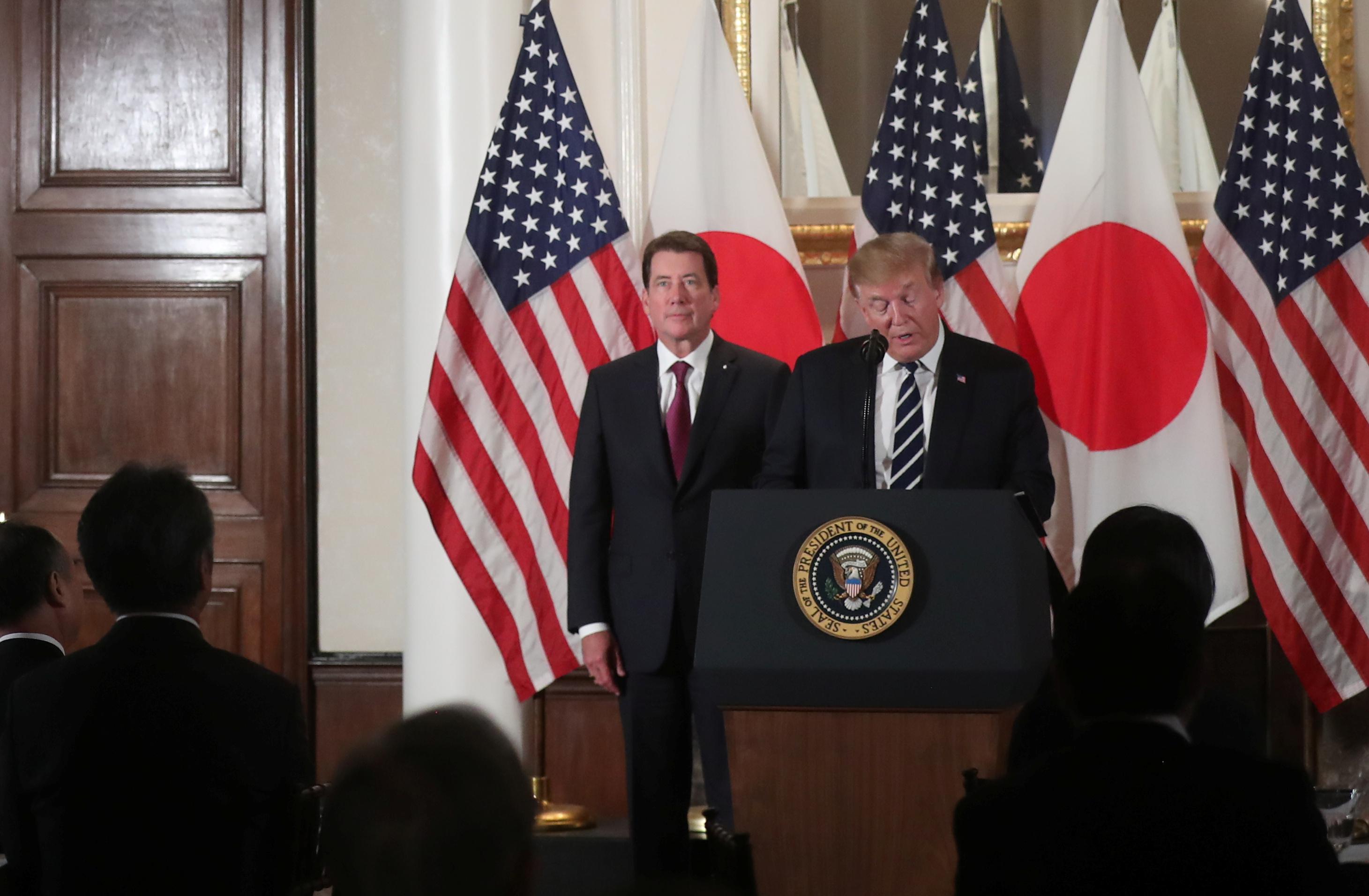 With trade talks ongoing, Trump also got in a dig at Japan and said he wanted a deal to address the trade imbalance between the two countries.

“Japan has had a substantial edge for many, many years, but that’s OK, maybe that’s why you like us so much,” he said.

“With this deal we hope to address the trade imbalance, removing barriers to United States exports and ensure fairness and reciprocity in our relationship,” Trump said.

Trade is one of Trump’s signature issues, and encouraging foreign investment in the United States is a hallmark of his trips abroad.

Trump will meet Japanese Prime Minister Shinzo Abe on Sunday for a round of golf, a sumo tournament and a private dinner.

The two men share a warm relationship, which the Japanese leader aims to emphasize as Washington considers tariffs on Japanese auto exports that the Trump administration views as a potential national security threat.