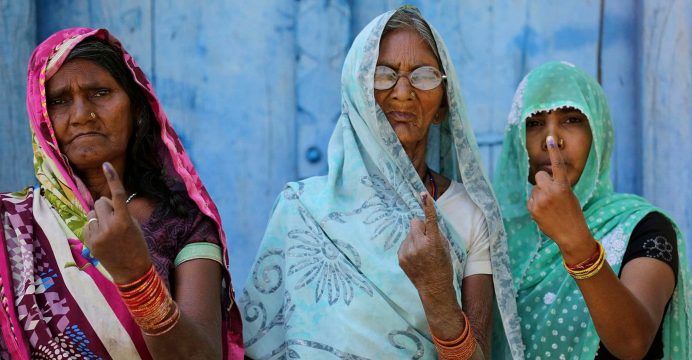 Voting ended Sunday in the seventh and final round of India’s marathon election to decide whether Prime Minister Narendra Modi gets a second term.

The last polling booths closed at 1230 GMT, the election commission said. The counting of ballots from the world’s biggest election, with 900 million eligible voters, will start on Thursday.

The enormity of 1.3-billion-strong India and its electorate, and the security and logistical challenges, meant there had to be seven different voting days across 1.1 million polling stations starting on April 11. 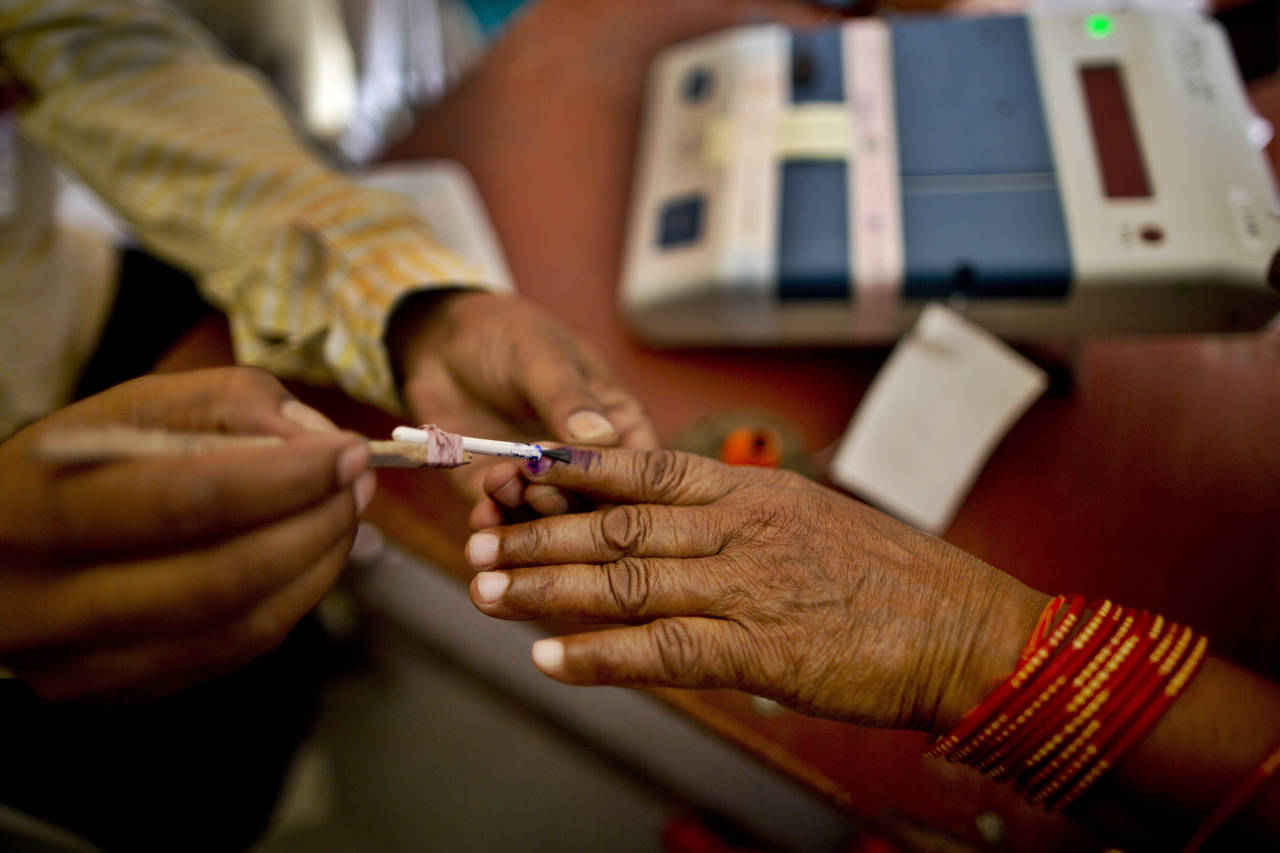 A polling officer puts indelible ink mark on the index finger of an elderly voter at a polling station in Prayagraj, Uttar Pradesh state, India , Sunday, May 12, 2019. Indians are voting in the next-to-last round of 6-week-long national elections, marked by a highly acrimonious campaign with Prime Minister Narendra Modi flaying the opposition Congress party rival Rahul Gandhi’s family for the country’s ills. (AP Photo/Rajesh Kumar Singh)

Four million electronic voting machines have criss-crossed the country, traveling to far-flung locations — sometimes by elephant and camel — to reach a handful of voters.

All the votes will be counted on a single day, with the voting machines stored in strongrooms with guards and CCTV watching every move before the process begins on Thursday.

Modi’s right wing Bharatiya Janata Party secured a landslide victory in 2014 with 282 of the 543 seats. Many pollsters say however that the BJP could lose its overall majority this time.