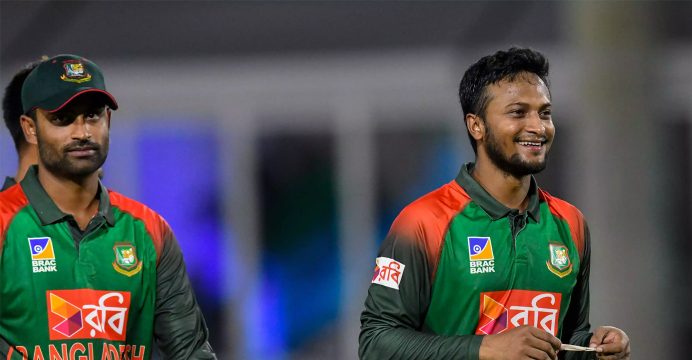 Injured Shakib rested for practice ahead of the tri-series final

Shakib Al Hasan is rested for today’s practice session ahead of the tri-series final against West Indies after he suffered a side strain during the game against Ireland on Wednesday.

At the end of the 36th over of Bangladesh’s chase, Shakib took him off the field after scoring 50 off 51. He seemed to have struggled while leaving the crease also. Only an over earlier, he was seen holding his left side in pain. Physio Thihan Chandramohan gave him medicine before Shakib decided to continue batting. But at the end he was unable to bat, giving an indication of grave injury.

Chief selector Minhajul Abedin Nannu, who is with the team in Dublin, though said the injury is not serious. 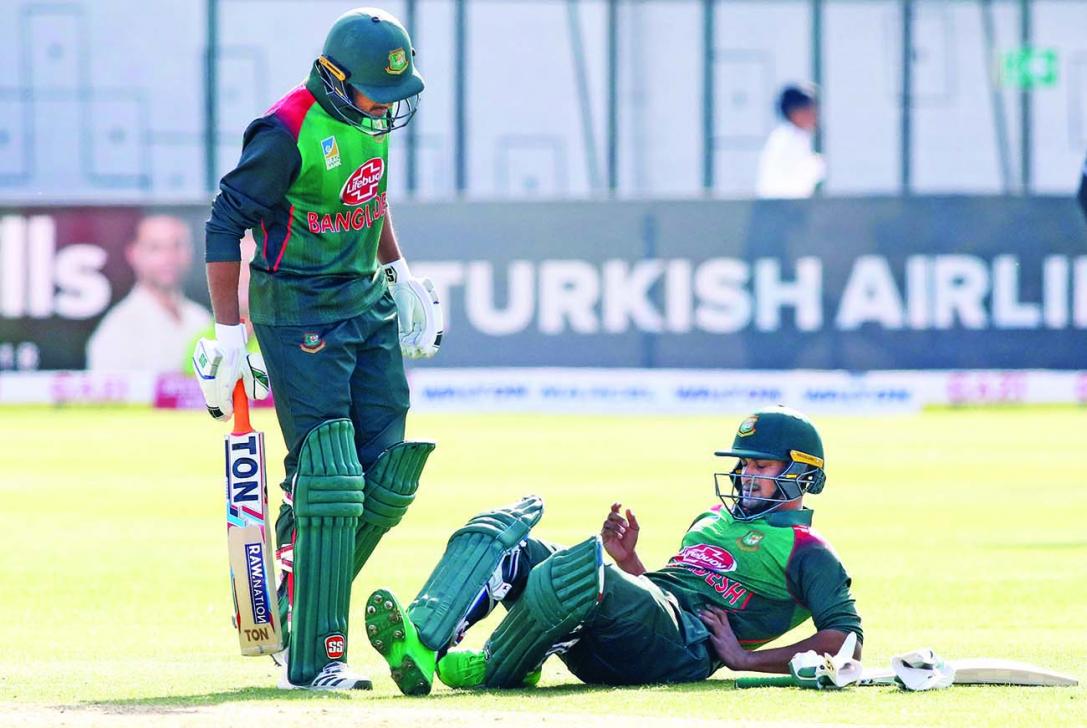 “He did not sustain any serious injury as far as we are concerned,” Nannu told the reporters. “We did not want to take any risk with him so we opted to bring him back but we are confident that he will be fine soon.”

However Shakib is rested from today’s practice session, the last session ahead of the final, media manager Rabeed Imam said through WhatsApp message. He will be checked by the team’s physio in the afternoon of Ireland time after which the decision to play him in the final will be taken.

“Shakib is resting today and will be checked by the team physio in the afternoon,” he wrote.