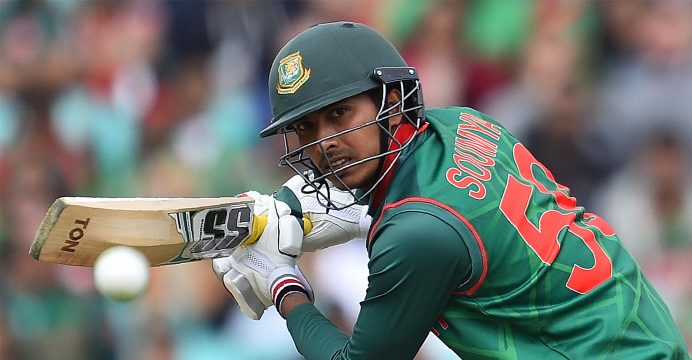 Opener Tamim Iqbal showered heap of praise for his fellow opener Soumya Sarkar, stating that his audacious batting at the other end made his task easier as Bangladesh were chasing a steep target set by West Indies in their tri-series opener on a tricky wicket in Dublin.

West Indies set Bangladesh 262 to win the match and the openers-Tamim Iqbal and Soumya Sarkar were not comfortable initially. But it was Soumya who first took the risk but it was calculative to make the West Indies bowlers disarray.

Soumya’s free-flowing batting was the reason that the asking run rate didn’t impose any pressure despite Tamim was shaky at the other end.

“I was not uncomfortable but I just couldn’t find the gap. The balls went straight to the fielders, much to my disappointing,” Tamim said on Friday after the team’s practice session in Dublin.

‘Soumya was magnificent. When I couldn’t rotate the scoreboard, he played some good shots to get off the mark and his free-flowing batting took the pressure of me,” Tamim added.

‘If he had not broken the shackle, it would have been tougher for us.” 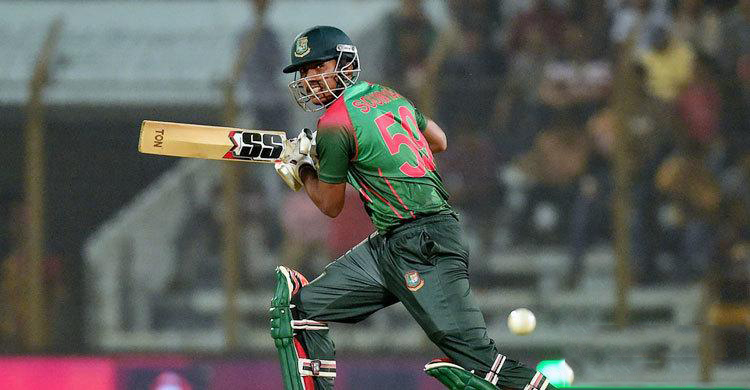 Soumya blasted 73 off 68 with a six and nine fours and along with Tamim Iqbal, he added 144 runs for the opening stand, which is now Bangladesh’s biggest opening stand outside the home soil.

At the same time, it was the biggest first wicket stand of Bangladesh against West Indies as well.

“I don’t know why nothing was going right at the wicket. But fortunately Soumya didn’t bog down. He played his shots and found the gap with ease. It was blessing for me and the team,” Tamim remarked.

Tamim said, despite the struggle, he was determined not to go for a forced shot as advised given to him by his previous coach Jamie Siddons, who coached Bangladesh from October 2007-2011 World Cup.

“Siddons taught me how to keep the wicket. He said when nothing goes right, don’t play forced shot, instead be calm and spend time in the wicket. I kept the advice in mind and just tried to keep rotating scoreboard with singles since I can’t find the gap with ease like Soumya. The patience however paid off,” Tamim said.

Tamim ended up with 80, the highest score for the team. It was the 14th time in his career that he touched or crossed 80’s but couldn’t hit century. However this 80 came in a match-winning cause.

The second match of Bangladesh against Ireland s in the series was washed out due to persistent rain in Dublin. The Tigers will face off West Indies again on May 13 before the last match against Ireland on May 15.