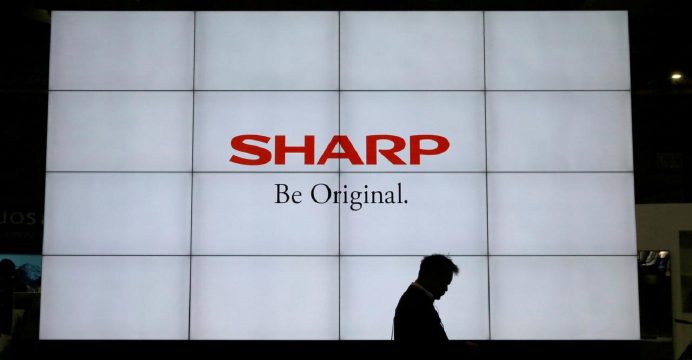 Sharp Corp will re-enter the U.S. TV market later this year, the Japanese electronics company said on Wednesday, adding it had effectively regained the license for its own TV brand sold to China’s Hisense Group four years ago.

The move is part of Sharp’s growth strategy after a dramatic turnaround at the Osaka-based firm since it was taken over by Taiwan’s Foxconn, the world’s largest contract electronics, in 2016, reports Reuters.

Sharp declined to disclose details of the latest licensing arrangement with Hisense. The company is also considering re-entering other markets in the Americas, a source briefed on the matter said.

Sharp cut back its overseas TV business and licensed Hisense to use its brand in the Americas in 2015, when massive losses at its core display panel unit put its survival at risk. It later sued the Chinese state-owned firm for putting the Sharp name on what it said were low-quality TVs.

Sharp Corporation is a Japanese multinational corporation that designs and manufactures electronic products, headquartered in Sakai-ku, Sakai. Since 2016 it has been a subsidiary of Taiwan-based Foxconn Group. Sharp employs more than 50,000 people worldwide. The company was founded in September 1912 in Tokyo and takes its name from one of its founder’s first inventions, the Ever-Sharp mechanical pencil, which was invented by Tokuji Hayakawa in 1915.