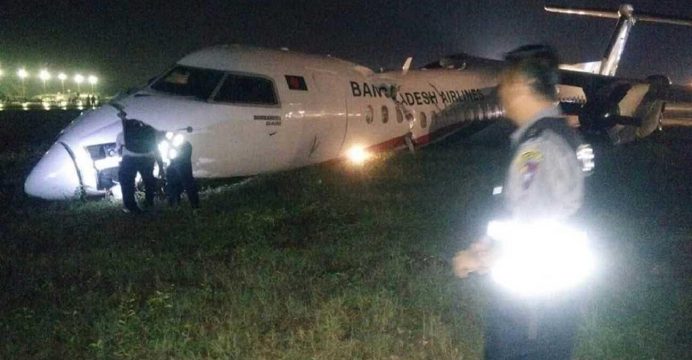 A Biman Bangladesh Airlines Dash Q-8 aircraft skidded off the runway at Yangon international airport amid rough weather wounding at least 15 passengers out of 33 passengers and crews, reports BSS.

ŌĆ£At least 15 passengers including pilots were rushed to the hospital after the accident but none of them was under life-threatening condition,ŌĆØ Bangladesh High Commissioner to Myanmar Manjurul Karim told reporters over the phone.

The High Commissioner said he has already directed the Bangladesh mission officials to provide all kinds of support to the passengers.