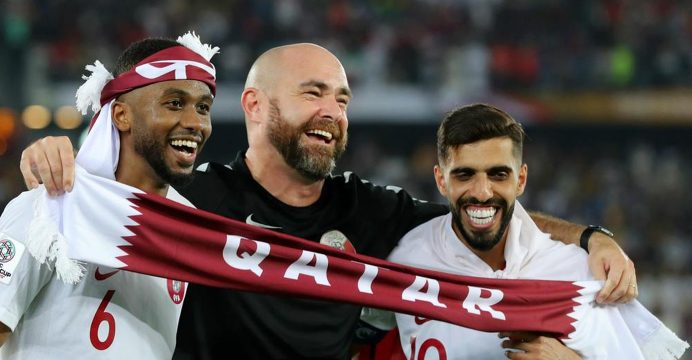 Felix Sanchez has extended his contract as head coach of Qatar’s national team through to the 2022 World Cup hosted by Qatar, the country’s Football Association said on Monday.

Spaniard Sanchez led the team to the Asian Cup title in the United Arab Emirates in January having been appointed to replace Jorge Fossati during the final stages of the country’s failed attempt to qualify for the 2018 World Cup finals in Russia.

The Asian Cup win, when Qatar defeated Japan in the final in Abu Dhabi, was the country’s first major trophy and was achieved with a squad that is expected to form the bulk of the side at the World Cup finals in three years’ time.

Sanchez, 43, has spent much of his coaching career in Qatar, working at the Aspire Academy before leading the nation to the Asian Under-19 title in 2014 and he has a long-standing relationship with many of the current squad.

He retains the position despite speculation the QFA was on the hunt for a high-profile coach to lead the team into the World Cup finals and Sanchez’s next task will be to take Qatar to the Copa America finals in Brazil in June, where they are one of two invited sides.