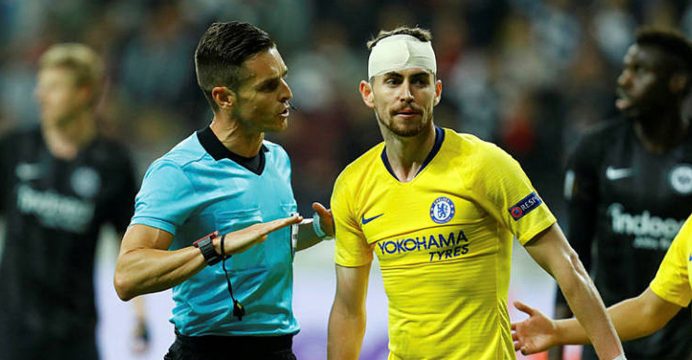 Jorginho has endured a difficult first season with Chelsea after his ponderous displays and strong connection to polarising Blues boss Maurizio Sarri made him a target for the club’s frustrated fans.

Sarri brought Jorginho with him from Napoli in the close-season having identified Chelsea’s midfield as a weak link.

The 60-year-old believed the Italy international was the right man to help implement his tactical game-plan after they worked together successfully in Serie A. 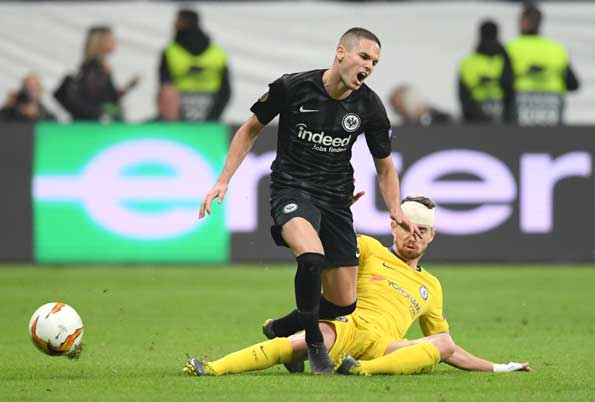 It hasn’t turned out that way as Chelsea, with N’Golo Kante moved out of his preferred defensive midfield role, struggled to adapt to ‘Sarri-ball’, leading to stinging criticism for both Jorginho and his manager from the Stamford Bridge stands.

But Chelsea captain Azpilicueta is convinced Jorginho still has value for his team and he claims Jorginho’s influential performance at Eintracht Frankfurt on Thursday proves his point.

Even when patched up due to a bandaged head wound, Jorginho was the key figure as Chelsea secured a 1-1 draw in the Europa League semi-final first leg.

“Jorginho is a very important player for us,” Azpilicueta said.

“Sometimes all of us have struggled because when the results are not there it means we’re not doing the perfect job.

“But this is his first season in England, first time at a new club.

“This was an important game for him. He grew into the game by getting more control, creating more space for the two attacking midfielders where he could find them in very dangerous positions.

“We can see that every time we find him and give him more space he can create that pass and move forward. It also meant we could enjoy more space in front of us.”