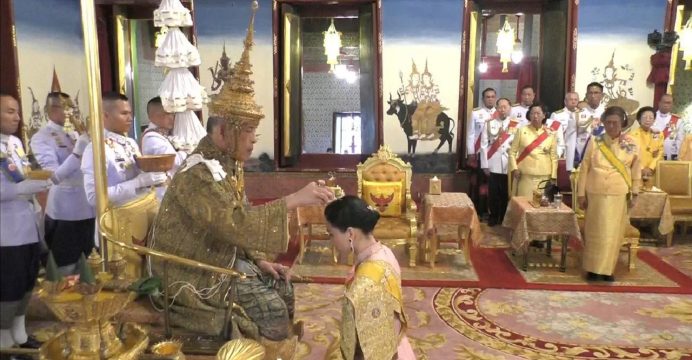 Thailand’s King Maha Vajiralongkorn has been crowned on the first of three days of coronation rites. King Vajiralongkorn inherited the throne in 2016 when his long-reigning father Bhumibol Adulyadej died.

Days ago in a surprise announcement, the palace said the king had married his long-term partner and royal consort who would now be Queen Suthida, reports BBC.

Thailand has a constitutional monarchy, but the royal family is highly revered by Thais and wields considerable power. Thailand also has strict laws, called lese majeste, which ban criticism of the monarchy. The laws have shielded the royal family from public view and scrutiny.

During Saturday’s ceremony the 66-year-old king was handed the 7.3kg (16lbs) Great Crown of Victory, which he placed on his head.

He then issued his first royal command, promising to reign with righteousness, as his father had done at his coronation 69 years ago.

The coronation comes at a time of political uncertainty. A general election was held on 24 March, the first since the army took control in a coup in 2014, but a new government has yet to be declared.

WHO IS THE KING?

King Vajiralongkorn is the second child, and first son, of Queen Sirikit and Bhumibol Adulyadej.

He was educated in the UK and Australia and has been trained at the Royal Military College in Canberra. He went on to become an officer in the Thai armed forces and is a qualified civilian and fighter pilot. 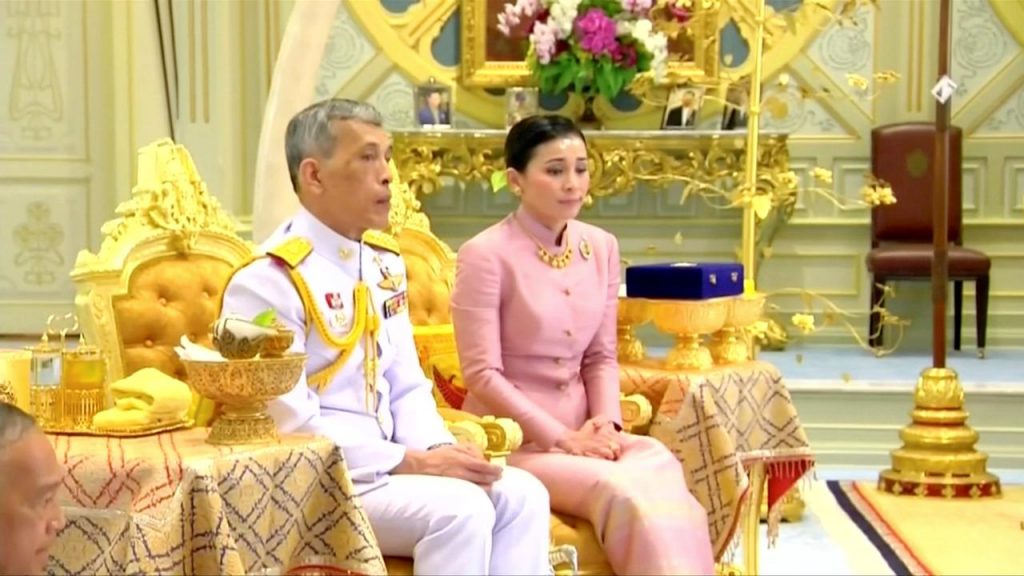 He became crown prince and official heir to the throne in 1972. He is now known as Rama X, or the 10th King of the Chakri dynasty.

Queen Suthida, who is his fourth wife, is the deputy commander of his personal security unit. She was made a full general in the army in December 2016.

WHAT ARE THE CORONATION CEREMONIES?

The coronation rituals began at 10:09 (03:09 GMT), an auspicious time, when King Vajiralongkorn changed into a white robe to go through purification and anointment ceremonies using sacred water that has been collected from more than 100 locations around the country.

He is receiving the five Royal Regalia – the symbols of kingship – which includes the Great Crown of Victory.

Most of the main Brahmin and Buddhist rituals take place on Saturday, and the coronation continues until Monday.

While King Vajiralongkorn has been on the throne since 2016, in Thai tradition he cannot be considered a divine representative on Earth nor the main patron of Buddhism until he is consecrated.

HOW ARE THAIS MARKING THE OCCASION?

On Sunday, King Vajiralongkorn will take part in a procession around the capital, Bangkok, giving people a chance to celebrate. Large crowds are expected for this event as well as when he makes a public appearance on a balcony at the Grand Palace on Monday.

King Vajiralongkorn spends most of his time abroad and is not as well known to the public as his father. But huge portraits of him can now be seen at many buildings after it was made mandatory for state offices to erect them in the weeks leading up to the celebration.

Civil servants were also asked to wear yellow – the colour associated with the king. Many ordinary Thais will also be wearing yellow to show their loyalty to the monarch.