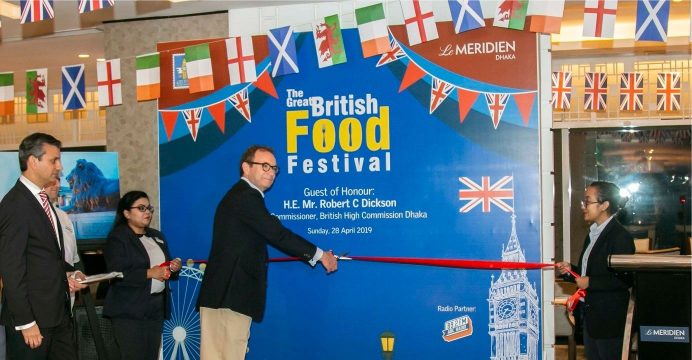 Le Méridien Dhaka has arranged a food festival from the land of royalty – Britain, starting from April 25, 2019 – May 4, 2019, at Latest Recipe Restaurant on the 15th floor.

The Great British Food Festival has been inaugurated by Robert Chatterton Dickson, British High Commissioner on April 28, 2019. The festival menu has been crafted and prepared by Executive Chef, Austen Reid and he is preparing the recipes with exclusive British ingredients. 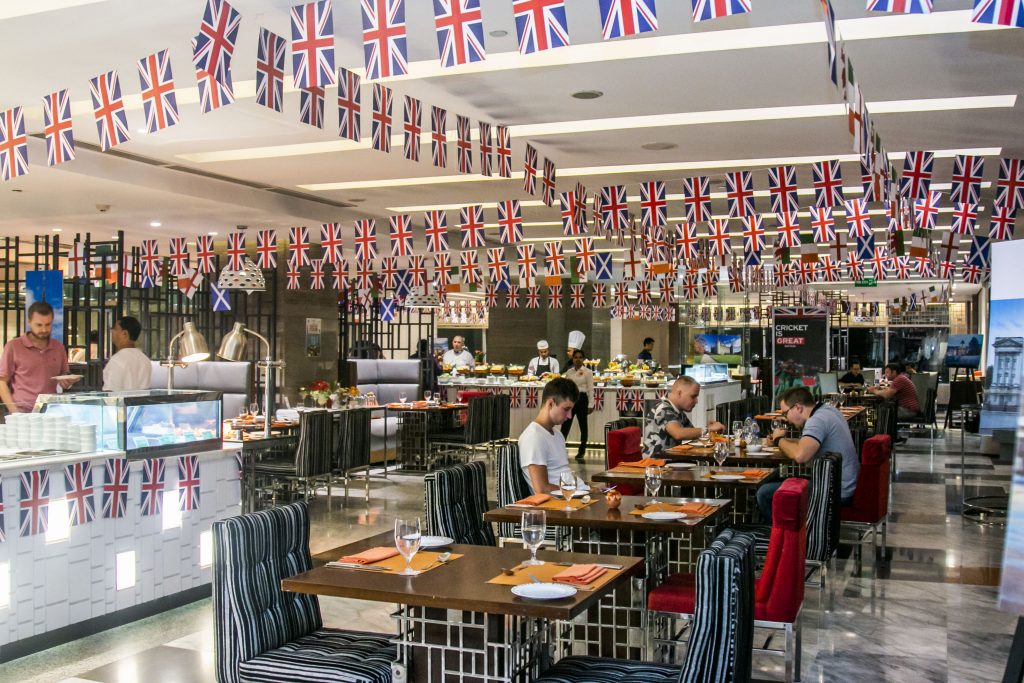 On this occasion, Constantinos S. Gavriel, General Manager, Le Méridien Dhaka said, “British dishes portray the sumptuousness of the cuisine as well as the heritage of the royal state. The festival will create a great opportunity for city dwellers to enjoy the authentic taste of British cuisine.”

The Guest of Honour, the UK High Commissioner to Bangladesh Robert Chatterton Dickson said, “In the last 30 years, there has been a revolution in British catering and cooking. It has become famous for names like Ainsley Harriet, Jaimie Oliver, Heston Blumenthal, and of course Nadia Hussain who is of Bangladeshi origin. I’m delighted that Le Méridien Dhaka is bringing some of the best of British Food to us here in Dhaka, and showcasing yet another thing Britain is now extremely famous for.” 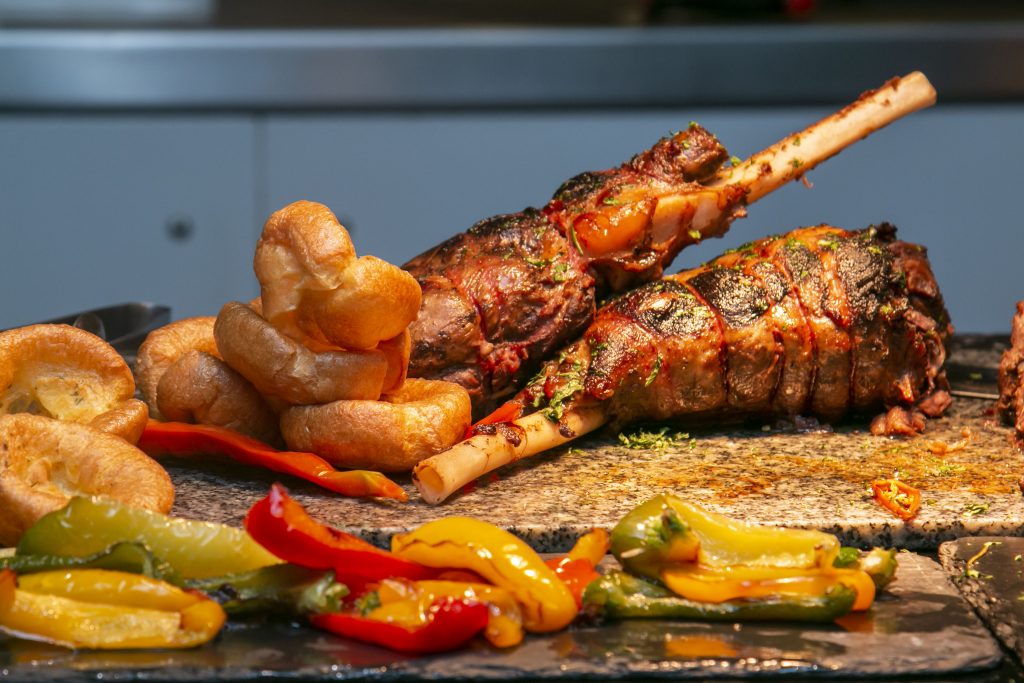 Meanwhile, the Latest Recipe restaurant has been decorated with British theme like London Bridge, London Eye, Houses of Parliament, and flags of the four nations which is England, Scotland, Wales and Northern Ireland. Various British music are playing throughout the whole festival like The Beatles, Rolling Stones, Oasis, The Proclaimers, Elton John, The Kinks, Van Morrison, Ed Sheeran, and Kiesza. The dinner buffet for British Food Festival will cost BDT 3,900++ per person. Buy One Get One offers with different banks is available during this festival.