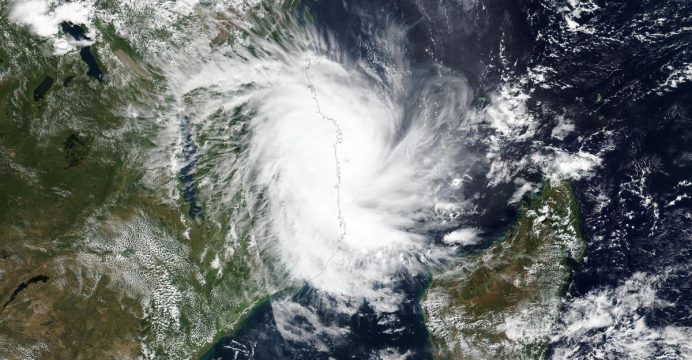 Additional 368,000 children at risk in Mozambique after Cyclone Kenneth

An additional 368,000 children in Mozambique are now at risk and potentially in need of lifesaving humanitarian support after the country was hit by a second major storm – Cyclone Kenneth – in less than six weeks, UNICEF said.

Cyclone Kenneth made landfall Thursday in the Cabo Delgado province of northern Mozambique as a Category 4 storm and forecasters are warning that the slow-moving system could continue to dump rain for days, putting affected areas at heightened risk of lethal flooding and landslides.

Displacement is also a major concern as Kenneth destroyed up to 90 percent of homes in some villages. 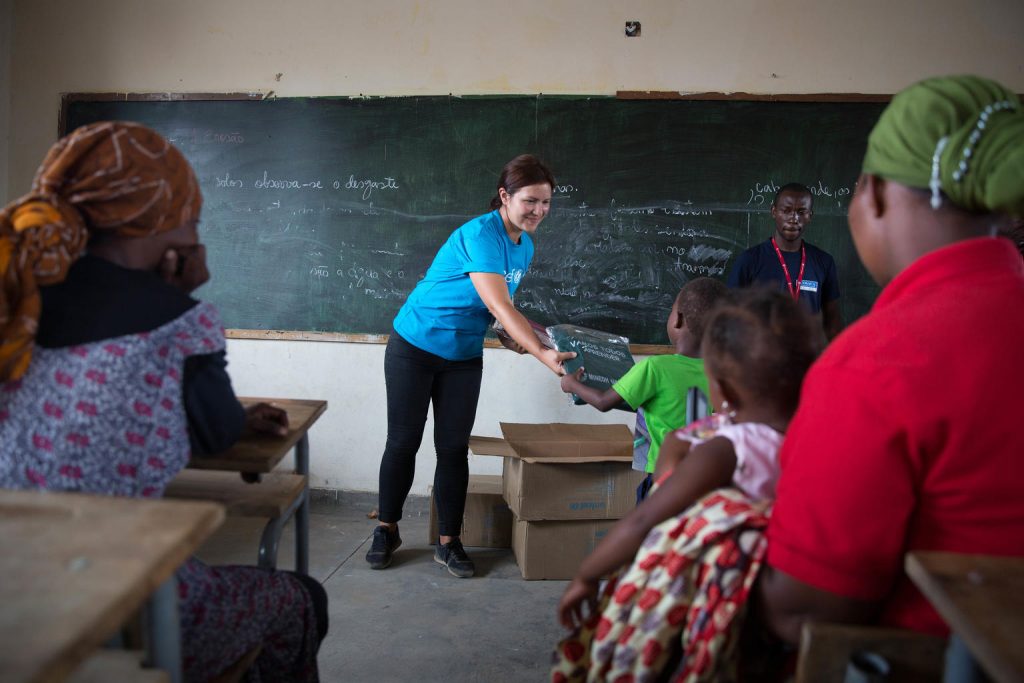 On 11 April 2019 in Beira, Mozambique, UNICEF and partners distributed educations packs to learners at 12 Outobro Primary School. The school was severely damaged by Cyclone Idai. UNICEF is ramping up its response to affected children and families in Beira, where thousands of people are affected by Cylcone Idai, the worst natural disaster to hit southern Africa in at least two decades. * PHOTO CREDIT – UNICEF

“Cabo Delgado has no history of cyclones and we are deeply worried that communities in the area would not have been prepared for the scale of the storm, putting children and families in a very precarious position,” said Michel Le Pechoux, UNICEF Deputy Representative in Mozambique.

“The soil is saturated with rain and the rivers are already swollen, so the emergency is likely to get worse from flooding in the next few days. We’re doing everything we can to get teams and supplies on the ground to keep people safe.”

UNICEF has advanced teams in Cabo Delgado specializing in health, nutrition, child protection, water and sanitation, and has prepositioned humanitarian supplies, including health kits and water purification supplies, to speed up the emergency response. Assessments are underway and the scale of the disaster will become clear over the coming days.

This is the first time in recorded history two strong tropical cyclones have hit Mozambique in the same season. Tropical Cyclone Kenneth follows on the heels of Tropical Cyclone Idai, which made landfall on 14 March, leaving more than 600 people dead and an estimated 1.85 million people in need.

The devastation caused by cyclones Idai and Kenneth potentially could bring the cumulative number of children in need of humanitarian assistance to nearly 1.4 million in affected areas across the northern and central Mozambique. Following Cyclone Idai in March, UNICEF launched an appeal for US$122 million to support its humanitarian response for children and families affected by the storm and its aftermath, in Mozambique, Zimbabwe and Malawi over the next nine months.