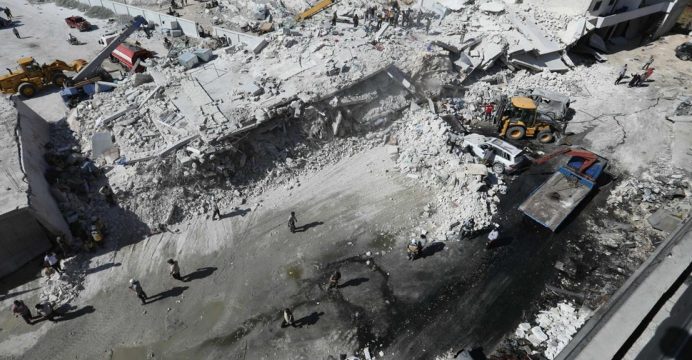 12 killed in blast in northwest Syria

Twelve people, all but one civilians, were killed in an explosion in the jihadist-held region of Idlib in northwest Syria on Wednesday, a war monitor said.

It was not clear if the cause of the blast near the market in the town of Jisr al-Shughur was a car bomb, or a vehicle carrying explosives, the Britain-based Syrian Observatory for Human Rights said.

Several residential buildings collapsed as a result of the blast in Idlib province, near a road between the coastal city of Latakia and city of Aleppo. 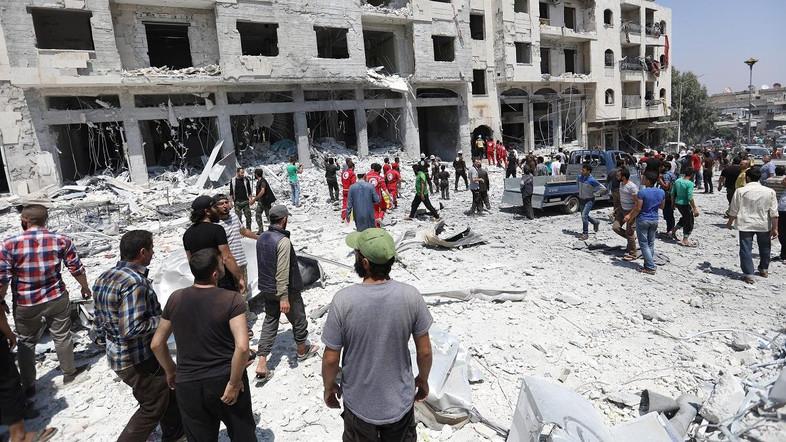 “The casualties are expected to rise. The cause is not known,” said Ahmad Yaziji, head of civil defense in the city, adding at least 27 people, mostly civilians, were injured.

Bodies were still being pulled out of the rubble, another rescuer said.

The province and areas around it in northern Syria, the last remaining rebel bastion, have seen an escalation in attacks by Russian warplanes and the Syrian army even though they are protected by a “de-escalation zone” agreement brokered last year between Russia, Iran and Turkey.