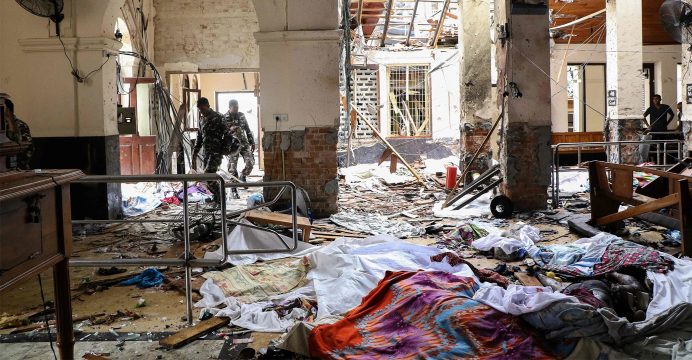 Blasts at Sri Lanka hotels and churches kills more then 200

A string of blasts ripped through high-end hotels and churches holding Easter services in Sri Lanka on Sunday, killing at least 207 people including foreigners.

Prime Minister Ranil Wickremesinghe condemned the attacks as “cowardly” and said the government was working to “contain the situation”.

As worshipers gathered on Sunday at Roman Catholic churches across Sri Lanka to celebrate Easter Mass, the culmination of Holy Week, a wave of explosions rocked the congregations. 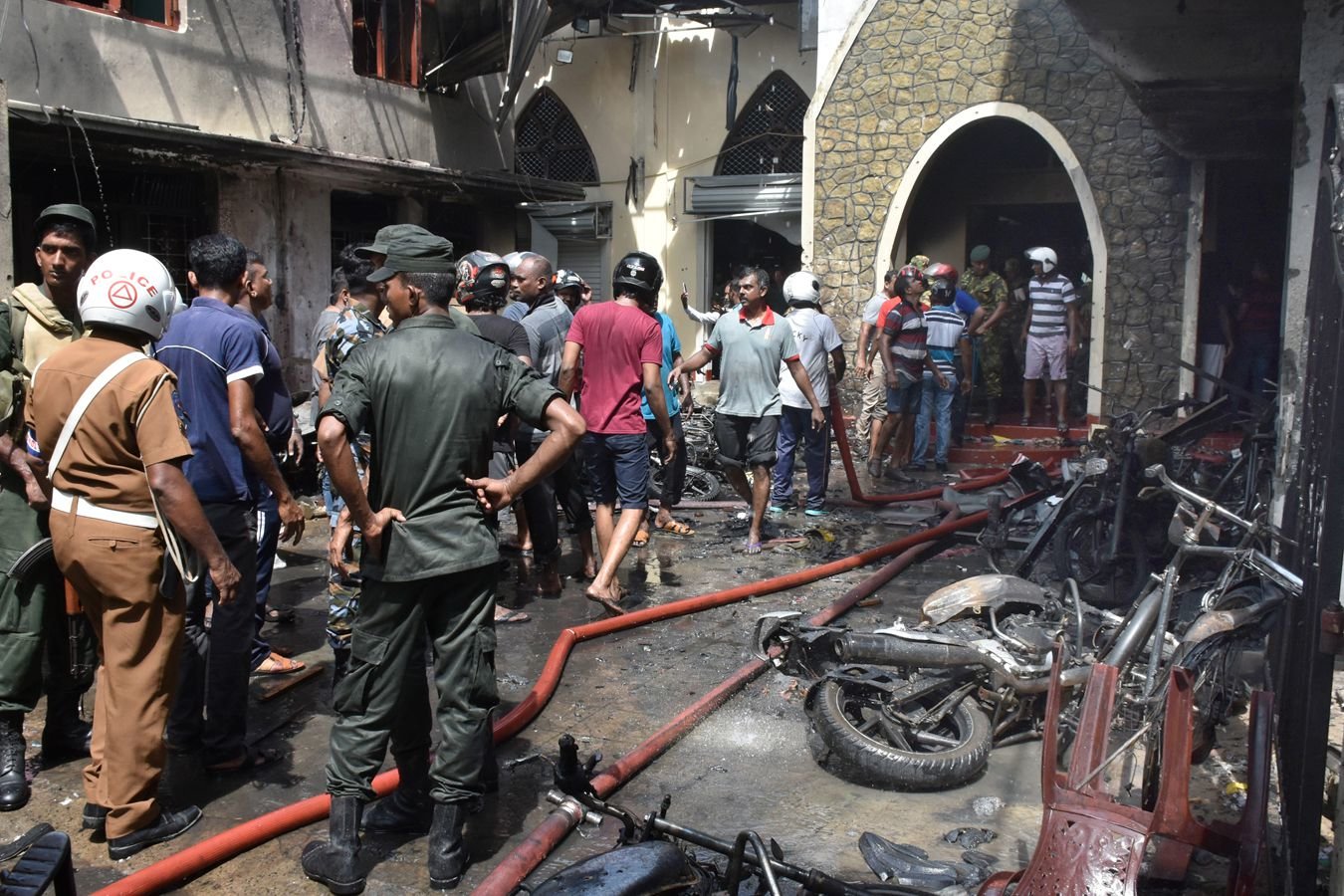 At about 8:45 a.m., at least eight bombing attacks struck at least three churches, along with three five-star hotels favored by foreigners, killing more than 200 people, in what the police said had been a coordinated attack.

Suicide bombers were involved in at least two of the eight attacks and seven people have been arrested in connection to the deadly attacks.

Much of the church roof was blown out in the explosion, with roof tiles and splintered wood littering the floor and pools of blood in between wounded worshippers. 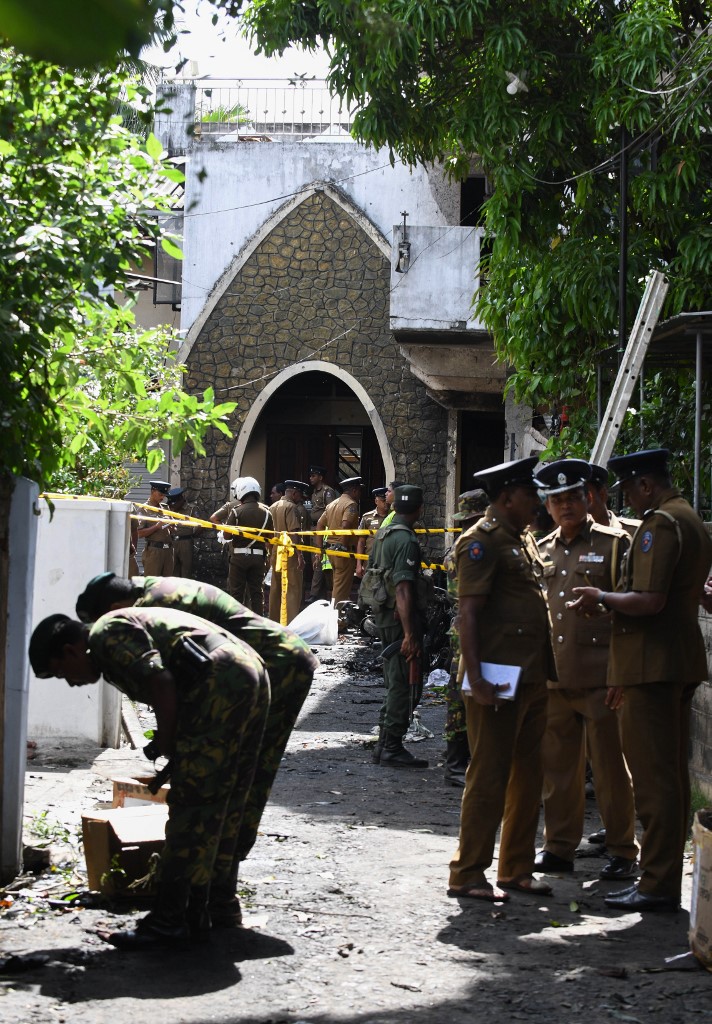 The injured flooded into local hospitals, where officials reported hundreds of wounded were being admitted.

Sri Lanka blocked major social media and messaging services, including Facebook and WhatsApp, to curb misinformation, according to the president’s secretary, Udaya Seneviratne.

The nature of the blasts was not immediately clear and there were no immediate claims of responsibility. 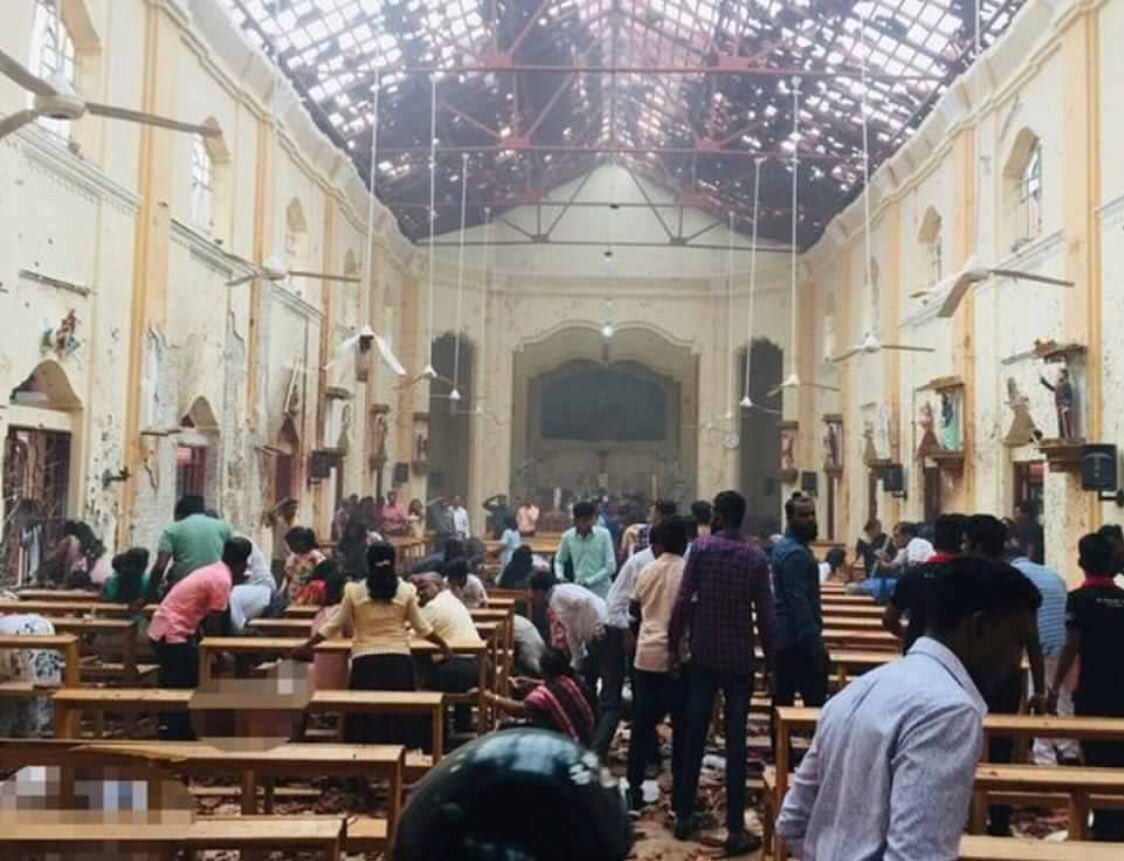 “A foreign intelligence agency has reported that the NTJ (National Thowheeth Jama’ath) is planning to carry out suicide attacks targeting prominent churches as well as the Indian high commission in Colombo,” the alert said.

The NTJ is a radical Muslim group in Sri Lanka that was linked last year to the vandalisation of Buddhist statues.

The first blast was reported at St Anthony’s Shrine, a well-known Catholic church in the capital Colombo.

A second deadly explosion was then confirmed at St Sebastian’s, a church in the town of Negombo, north of the capital.

“A bomb attack to our church, please come and help if your family members are there,” read a post in English on the church’s Facebook page.

Soon after, police confirmed that a third church in the town of Batticaloa had been hit, along with three high-end hotels in the capital.

Hospital sources said British, Dutch and American citizens were among the dead, with Britons and Japanese among those injured in the attacks.