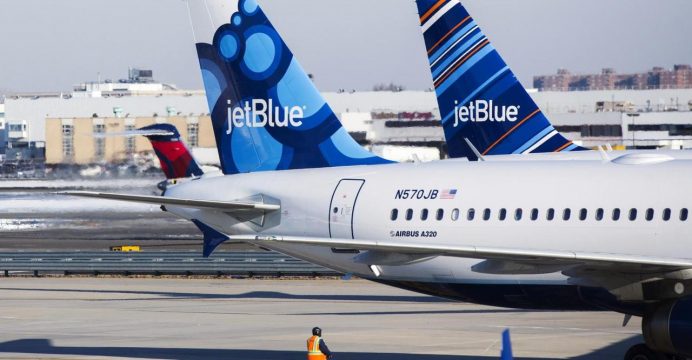 JetBlue to launch its first transatlantic services in 2021

US airline JetBlue has announced that it will launch its first transatlantic services in 2021, with flights from New York and Boston to London.

It will be JetBlue’s first foray into Europe – it currently operates in the US, the Caribbean and Latin America. The airline has not yet decided which London airports it will serve.

JetBlue president Joanna Geraghty said: “Twenty years ago, our founders had a simple formula for choosing a new market, it had to be overpriced, underserved, or both.

“London is the largest metro area JetBlue doesn’t yet serve from both Boston and New York and we could not be more thrilled to be changing that in the years ahead.

“The fares being charged today by airlines on these routes, specifically on the premium end, are enough to make you blush.”

JetBlue will be using Airbus A321LR single-aisle aircraft on the routes. British Airways and American Airlines, as well as the partnership between Air France-KLM, Delta and Virgin Atlantic, have traditionally dominated transatlantic routes.