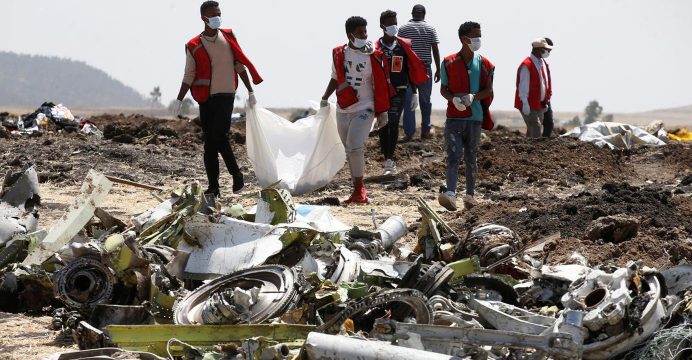 A preliminary report from the fatal crash of a Boeing 737 Max in which 157 people died in Ethiopia will be released on Monday, the foreign ministry said.

“The Ethiopia Ministry of Transport will give a preliminary report into its investigation of the ET 302 plane crash later on Monday,” said Nebiat Getachew, Ethiopia’s Ministry of Foreign Affairs spokesman.

No details were provided about exactly when the report would be released, or what it might contain. 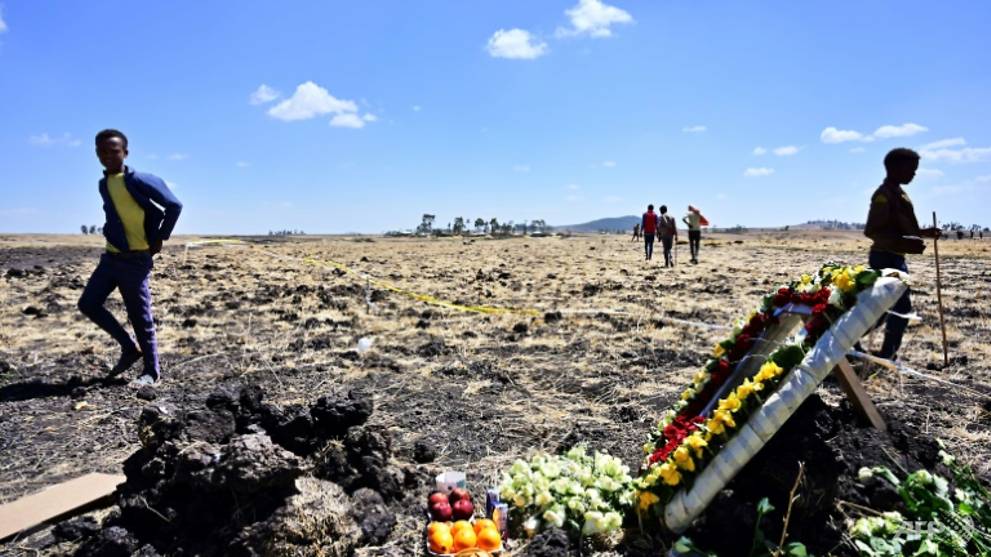 Families in 35 nations were left bereaved when the plane went down just minutes after takeoff from the highland capital on a flight south to neighbouring Kenya, and nose-dived into a field.

A source with knowledge of the investigation has said an anti-stall system, the Maneuvering Characteristics Augmentation System (MCAS), was activated shortly before the crash.

Boeing designed the MCAS system, which lowers the aircraft’s nose if it detects a stall or loss of airspeed.

However, the same MCAS system was implicated in the October crash of a 737 MAX 8 airliner off Indonesia which left 189 people dead.

In the Indonesia crash, initial investigations found problems with the MCAS system, when sensors of the plane’s flight details sent wrong information.

The pilot had tried repeatedly to regain control and pull the nose up but the plane smashed into the sea.

Aside from the tragedies of all the casualties, the two crashes have been major blows to aviation giant Boeing, triggering the US manufacturer’s biggest crisis in decades with the MAX 8 model grounded worldwide.

Ethiopian Airlines is Africa’s largest carrier and in many ways the international face of the nation.