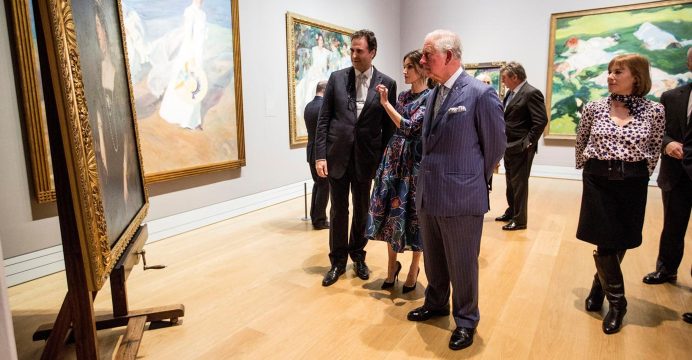 The first major exhibition in more than a century of Spanish impressionist painter Joaquín Sorolla opens in London on Wednesday attended by Queen Letizia of Spain and Britain’s Prince Charles.

The “Sorolla: Spanish Master of Light” exhibition at the National Gallery, of which Prince Charles is a patron, features 60 works ranging from portraits to landscapes and including Spanish beach scenes for which Sorolla is renowned.

The paintings include pieces on loan from public and private collections in the United States and Europe.