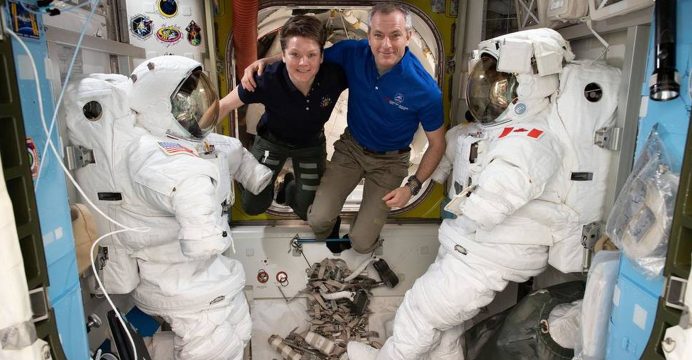 Four astronauts are preparing for their first spacewalks outside the International Space Station, scheduled for March 22, March 29 and April 8. Experts will preview the work of the first two spacewalks during a news conference Tuesday, March 19, at 2 p.m. EDT, at NASA’s Johnson Space Center in Houston.

Live coverage of the briefing and spacewalks will air on NASA Television and the agency’s website.

Live coverage of all three spacewalks will begin at 6:30 a.m. on the respective day of the spacewalk. Designated as U.S. spacewalks 52, 53 and 54, each is expected to last about 6.5 hours. The first spacewalk is scheduled to start at 8:05 a.m., while the second is set to start at 8:20 a.m. A targeted start time for the third spacewalk will be set closer to the activity date.

Expedition 59 Flight Engineers Nick Hague and Anne McClain of NASA are set to venture outside the station’s Quest airlock for the March 22 spacewalk to replace nickel-hydrogen batteries with newer, more powerful lithium-ion batteries for the power channel on one pair of the station’s solar arrays. The batteries were transported to the station in September aboard the Japanese H-II Transfer Vehicle. The spacewalking work continues the overall upgrade of the station’s power system that began with similar battery replacement during spacewalks in January 2017. 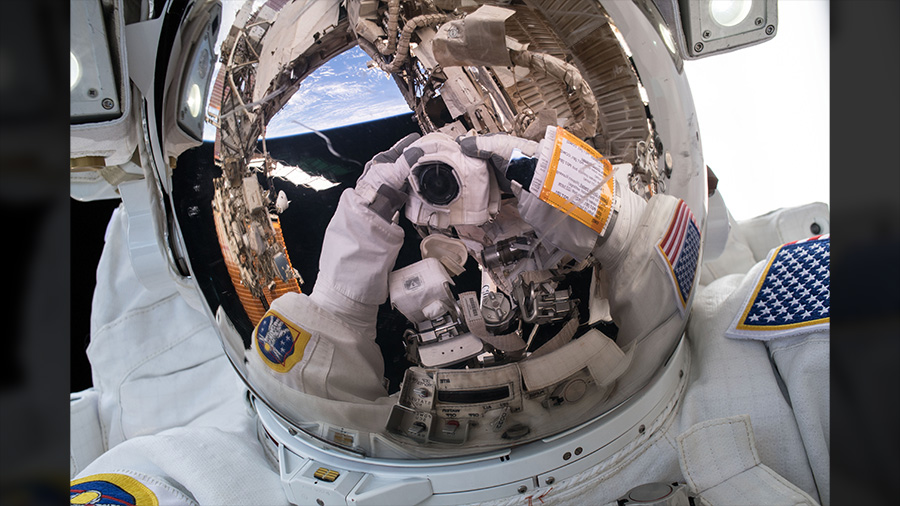 McClain and flight engineer Christina Koch are scheduled to venture outside on the March 29 spacewalk to work on a second set of battery replacements on a different power channel in the same area of the station. This would be the first-ever spacewalk with all-female spacewalkers.

Hague and David Saint-Jacques of the Canadian Space Agency are scheduled to conduct the April 8 spacewalk to lay out jumper cables between the Unity module and the S0 truss, at the midpoint of the station’s backbone. This work will establish a redundant path of power to the Canadian-built robotic arm, known as Canadarm2. They also will install cables to provide for more expansive wireless communications coverage outside the orbital complex, as well as for enhanced hardwired computer network capability.

Spacewalk assignments may be adjusted if the flight operations team deems it necessary. These will be the 214th, 215th and 216th spacewalksin the history of International Space Station assembly and maintenance.