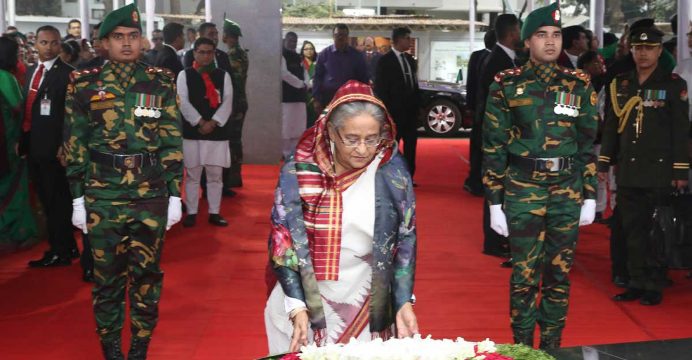 Prime Minister pays homage to Bangabandhu on his 100th birthday

Prime Minister Sheikh Hasina today paid rich tributes to Father of the Nation Bangabandhu Sheikh Mujibur Rahman heralding the nationwide programmes on the occasion of the 100th birthday of the great leader.

The premier paid the homage by placing a wreath at the portrait of Bangabandhu in front of Bangabandhu Memorial Museum at the historic 32 Dhanmondi Road here this morning.

After laying the wreath, she stood in solemn silence for some time as a mark of profound respect to the memory of Father of the Nation. 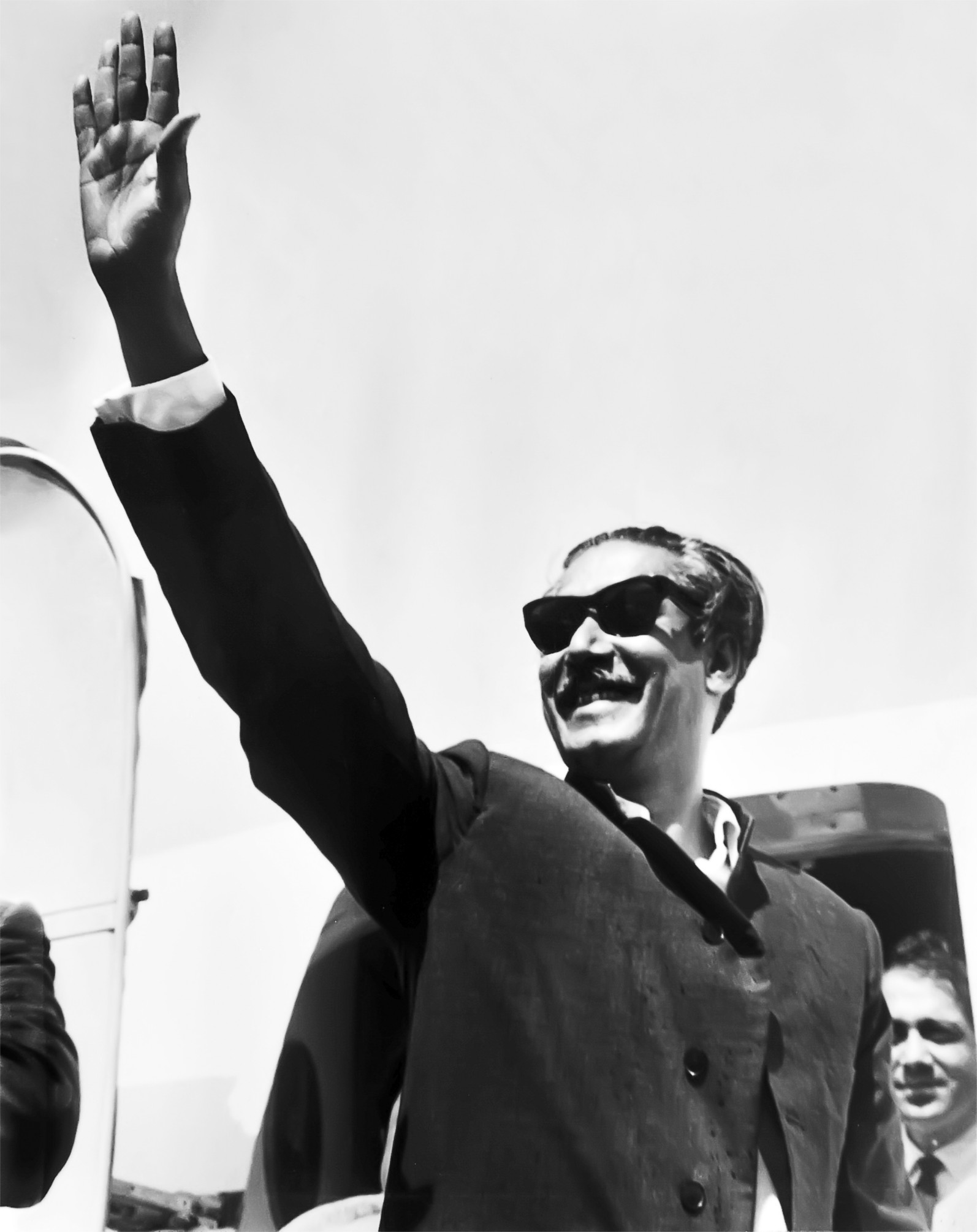 Later, flanked by the central party leaders of AL, Sheikh Hasina laid another wreath at the portrait of Bangabandhu on behalf of her party as the president of Bangladesh Awami League.

Later, the leaders of associate bodies of Awami League and other sociocultural organisations placed wreaths at the portrait of Bangabandhu.

The birthday of Bangabandhu is being observed across the country today as the National Children’s Day.

The theme of this year’s birthday of Bangabandhu and National Children’s Day is “Bangabandhu’s birthday, rinse life of the children with colour”.