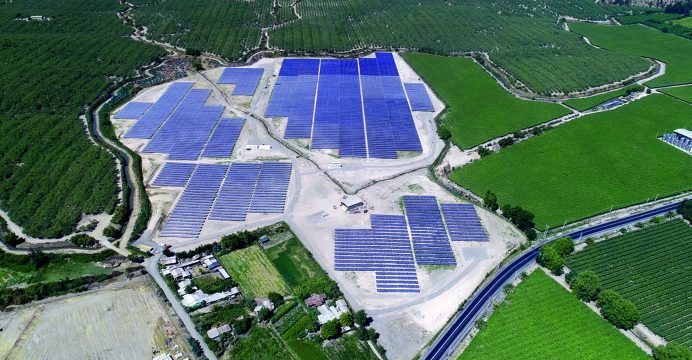 Building Energy SpA, a multinational Italian company operating as a Global Integrated IPP (Independent Power Producer) in the renewable energy sector, has inaugurated the Queule photovoltaic park, located in the Municipality of Las Cabras, in the region of O’Higgins.

The plant, realized by Building Energy Andes SpA, a joint venture born from the collaboration with The Scotta Group, an Italian company specialized in the design, construction and installation of hydroelectric power plants and in industrial automation, has an installed capacity of 8,2 MWDC.

The start of the activities was celebrated today with the inauguration of the solar park, in the presence of the Managing Director Latin America of Building Energy, Mr. Daniele Moriconi, and the Ambassador of Italy in Chile, Mr. Mauro Battocchi.

The energy produced (16 GWh per year) will be used to meet the energy needs of more than 13,500 families living in the Municipality of Las Cabras, contributing every year to the reduction of 6,450 tons of CO2 emissions for the benefit of citizens and the surrounding environment.

The construction of the photovoltaic park, which began in February 2018 and ended in November of the same year, required a total investment of 9.5 million dollars. For the development of the project, which also includes an environmental impact permit, Building Energy Andes has used the financing of the Chilean credit institute Banco Security.

Building Energy, involved in Chile in the development of over 250 MW of projects, during 2018 obtained a funding worth of about 19 million dollars for the construction of four solar plants and a mini-hydroelectric plant, located in the central regions of the country, for a total installed capacity of 21.5 MW. All projects fall under the PMGD category (Pequeno Medio de Generacion Distribuida) because they have a capacity of less than 9 MW and benefit from a stabilized price, set by the National Energy Commission.

Building Energy Andes is also developing a second portfolio of projects, for a total capacity of about 30 MW, for which is expected an investment of about 30 million dollars. The main of these projects is the photovoltaic park in Punitaqui, located in the Coquimbo Region, in the Municipality of Limarí, which has also obtained the environmental impact permit. The entry into operation of the plant, which will have a capacity of about 9 MW, is expected by the end of the year.

“We are proud to give our contribution to the development of renewable energy in Chile with the entry into operation of the photovoltaic park in Queule which will make green energy available to the citizens of Las Cabras. – said Daniele Moriconi, Managing Director Latin America of Building Energy – We are present in the country with over 250 MW of photovoltaic, wind and mini-hydroelectric projects and we are planning, together with Scotta Group, to further expand our installed capacity”.

“Building Energy’s plant testifies the global strength of the Italian system in the field of renewable energy and in particular in the solar field” – Ambassador Battocchi highlights – In Italy we now have about 20 GW of installed capacity to produce energy from the sun, we are the fifth most important country in the world and the second in Europe. Building Energy is the spearhead of an Italian Solar production chain that goes from the design and construction of plants to the manufacture of photovoltaic modules and cells, inverters, wiring, electrical and innovative building materials, up to technical, commercial and financial services, not to mention the research and development in which we are leaders. For the whole Italian Solar System, today Chile is an unmissable opportunity”.

“This project represent a new step to consolidate our position in the country and to provide a comprehensive response for the development of the renewable energy in Chile. – said Paolo Scotta, Executive President of the Scotta Group – In addition to the construction of hydroelectric power plants and photovoltaic parks we complement our presence with transmission lines, substations and services for operation and maintenance of the entire complex”.