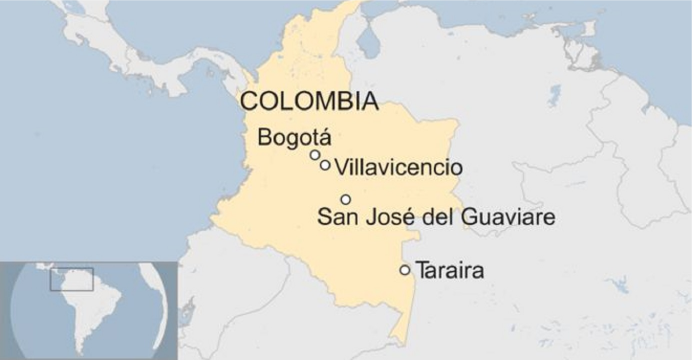 Plane crash in central Colombia kills all 12 people on board

A plane has crashed in central Colombia killing all 12 people on board, authorities say. The pilot of the twin-engine propeller plane reported technical problems than lost contact and crashed south-east of the town of Villavicencio.

Aviation authorities said investigators were still trying to identify the dead. The Douglas DC-3 aircraft, first built in the 1930s, can seat 30. The Laser Aereo plane was en route to Villavicencio from Taraira, reports BBC.

Aeronautica Civil has so far given no details on what caused the crash. The wreckage was discovered about an hour after air traffic control lost contact.

Villavicencio is about 120km (75 miles) south-east of the capital Bogotá and Taraira is on Colombia’s border with Brazil.

The plane was reportedly forced to stop over in the town of San José del Guaviare due to poor weather.

Reports say it crashed about 89km (55 miles) south-east of Villavicencio near the town of San Carlos de Guaroa.