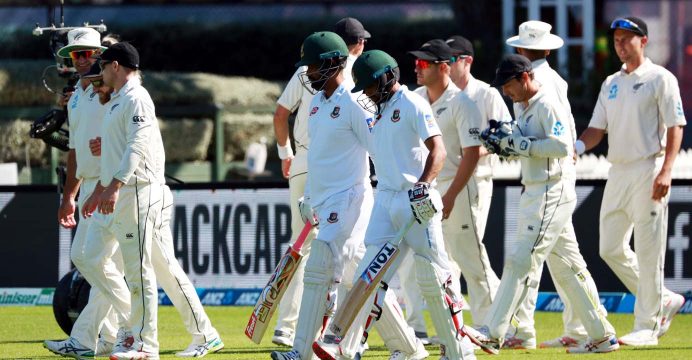 Kane Williamson and Ross Taylor battled New Zealand to 38 for two in reply to Bangladesh’s 211 all out before rain returned to bring a premature end to the third day of the already heavily disrupted second test on Sunday.

Williamson was on 10 not out, while Taylor was unbeaten on 19 after first test centurions Tom Latham and Jeet Raval had been dismissed cheaply in bowler-friendly conditions at the Basin Reserve.

Bangladesh were dismissed just before tea on the first day of the match where play was possible, with opener Tamim Iqbal again his team’s top scorer with 74.

The lush green pitch revealed when the covers were finally removed after play was washed out on Friday and Saturday prompted Williamson to ask Bangladesh counterpart Mahmudullah to bat and face his four-pronged pace attack. 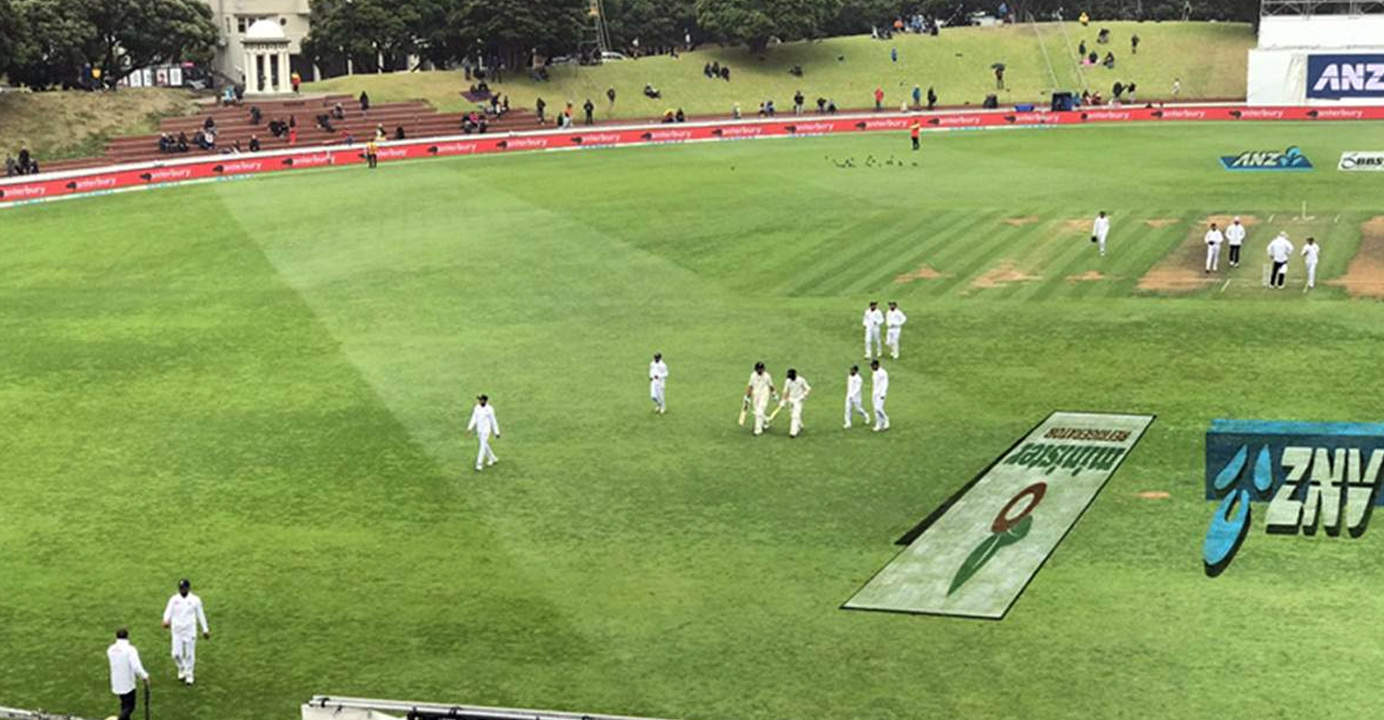 The Bangladesh openers, however, proved that appearances can be deceptive, with neither Trent Boult nor Tim Southee able to generate any appreciable assistance from conditions apparently tailor-made for swing and seam.

Tamim refused to curb his natural game and attacked anything short or full on both sides of the wicket and, with Shadman Islam, had raised 50 runs inside the first hour.

It was their third successive opening partnership in excess of 50 and was only broken when all-rounder Colin de Grandhomme got Shadman to fish at a delivery outside off stump and he was easily caught by Taylor at first slip for 27. 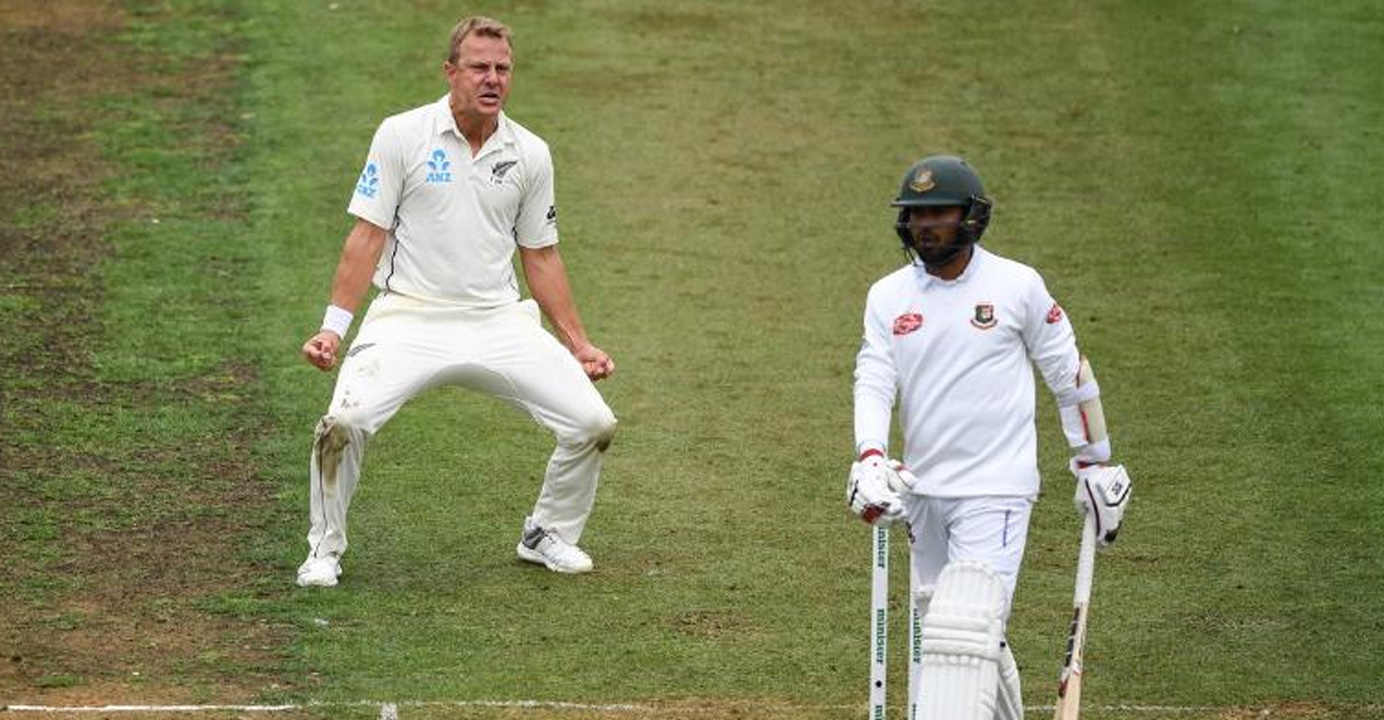 Tamim, who scored 126 and 74 in the first test loss in Hamilton, brought up his 27th half century with a single off fast-medium bowler Matt Henry, who had replaced legspinner Todd Astle.

Left-armer Neil Wagner finally produced a spell that put Bangladesh’s batsmen under concerted pressure and had both Mominul Haque and Mohammad Mithun adjudged caught behind only to have the decisions overturned on review.

Both Mominul (15) and Mithun (three), however, were dismissed on the very next ball after being reprieved to leave their side 127 for three at lunch.

Tamim fell shortly after the first break and while there was some resistance from first-test centurion Soumya Sarkar (20) and wicketkeeper Liton Das (33), New Zealand rattled through the tail with the last four wickets falling for five runs.