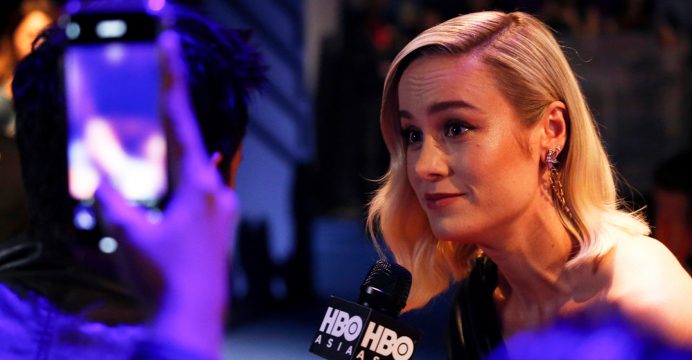 Captain Marvel, a superhero with girl power to spare

Iron Man, Thor, Captain America: scores of Marvel movies had superheroes taking turns to save the world on the big screen before a woman finally captured a leading role in the comic franchise’s films, report BSS.

But “Captain Marvel” — which hits screens around the world later this week — is making up for lost time, firing girl power on all cylinders.

Larson, who won an Oscar in 2016 for her role in “Room,” has until now been best known for her work on independent movies and her outspoken feminism.

“I was able to push myself further than I ever thought possible,” Larson said at the movie’s premiere Monday evening.

An Air Force fighter pilot who is trained to be a member of the alien Kree warriors, Danvers lands in the middle of an intergalactic war with the Skrulls.

To carry out her mission, she teams up with Agent Nick Fury (Samuel L. Jackson) — a recurring Marvel character who makes his first contact with planet Earth in the movie — and with her four legged sidekick Goose the Cat.

Of the decision to set the story more than 20 years in the past, Marvel Studios Director Kevin Feige said at the film’s premiere in Hollywood, “We wanted Carol to have her origin all to herself.”

Danvers can fly. She can shoot cosmic rays. She can absorb energy.

But she is strong in other ways too, and tough enough to hold her own in a universe that doesn’t always value women — driving home the feminist message of the movie, co-directed by Anna Boden and Ryan Fleck, which says women have nothing to prove to men.