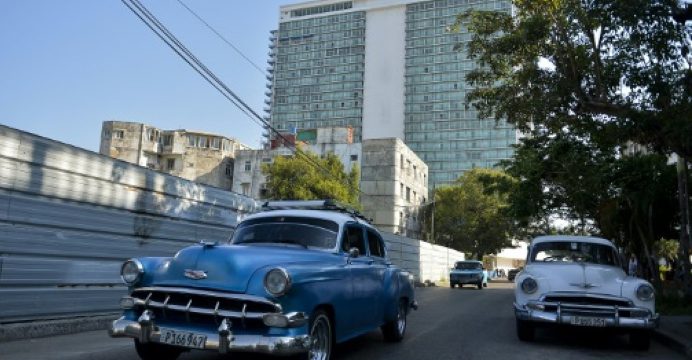 US threat looms over foreign firms trading with Cuba

US President Donald Trump’s administration is brandishing the threat of sanctions against foreign companies “trafficking” with Cuba, a move hitherto mothballed by Washington so as not to offend allies.

The White House has broken with two decades of precedent in threatening to activate Title III of the Helms-Burton Act, which extended the US embargo to apply to foreign companies trading with Cuba.

The European Union is Cuba’s largest foreign investor and will watch with
interest as the countdown to Trump’s March 17 deadline to activate new
sanctions against Cuba approaches.

Title III specifically penalizes foreign companies allegedly “trafficking”
property that was confiscated by the Cuban regime under Fidel Castro but
previously belonged to US nationals or Cuban immigrants to the US.

Although the Helms-Burton Act was signed in 1996, Title III was been
systematically suspended every six months to prevent discord between the US and key partners, including the EU.

But that may come to an end as earlier this year, Trump fixed a 45-day
suspension from February 1 that expires on March 17.

“I think the Trump administration is trying to create confusion… to scare
off investment in Cuba,” the European Union’s ambassador to Havana, Alberto Navarro told AFP.

He said the EU would view the move as “a sword of Damocles” for its
companies in Cuba.

“We cannot accept that a country tries to impose its laws outside its own
borders… that would be a return to the jungle.”