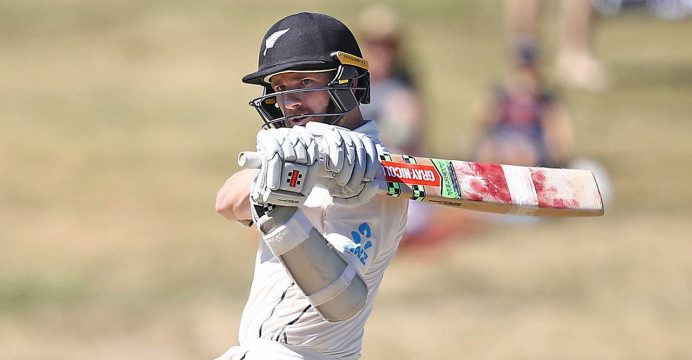 New Zealand amassed their highest ever innings total when they passed 690 on day three of the first Test against Bangladesh in Hamilton on Saturday.

A massive six from Colin de Grandhomme took them to 695 for 6 after
eclipsing their previous highest innings of 690 against Pakistan in 2014 when Williamson scored 192.

New Zealand skipper Kane Williamson was on 192 with de Grandhomme on 64 as New Zealand extended their lead to 461.

Williamson also passed 6,000 career Test runs in the course of the
innings, which also featured centuries by Tom Latham and Jeet Raval.