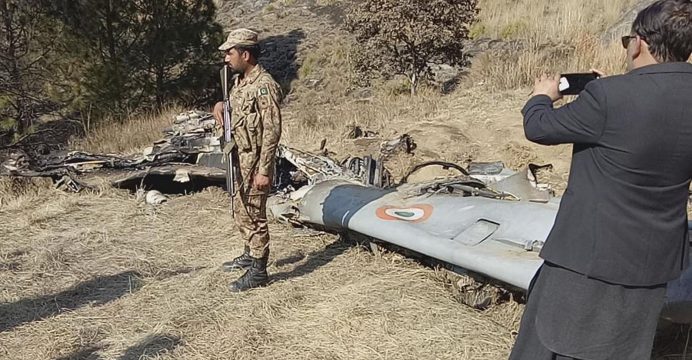 Pakistan prepared to release a captured Indian pilot on Friday as the nuclear powers scaled back their confrontation, at least temporarily, while Indian opposition politicians raised doubts over whether an initial airstrike had destroyed a militant camp in Pakistan.

World powers have urged restraint from the two nations, as tensions escalated following a suicide car bombing that killed at least 40 Indian paramilitary police in Indian-controlled Kashmir on Feb. 14.

The United States has been actively mediating, to avert any risk of the two countries sliding toward their fourth war since independence from British colonial rule in 1947. The disputed Himalayan region of Kashmir has been at the root of two of those conflicts.

Both governments claimed they downed enemy jets on Wednesday, with Pakistan capturing an Indian pilot whose MiG fighter jet crashed in enemy territory after with a Pakistani JF-17.

The pilot, who India named on Thursday as Wing Commander Abhinandan, has become the human face of the most recent conflict between the two nations. Having attempted to evade capture, he is being portrayed as a hero in India.

Firing along the contested border dividing Kashmir eased on Friday. But diplomatic relations between the two countries remain strained.