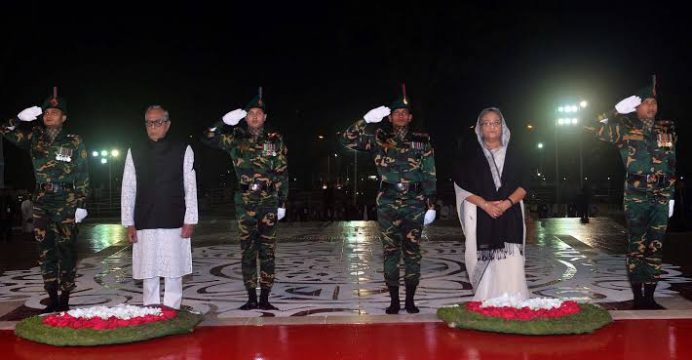 President Abdul Hamid and Prime Minister Sheikh Hasina have paid their rich tributes to the martyrs of the historic Language Movement on the occasion of Amar Ekushey and the International Mother Language Day, Reports BSS.

They paid the homage by placing wreaths at the Central Shaheed Minar here at one minute past midnight tonight. 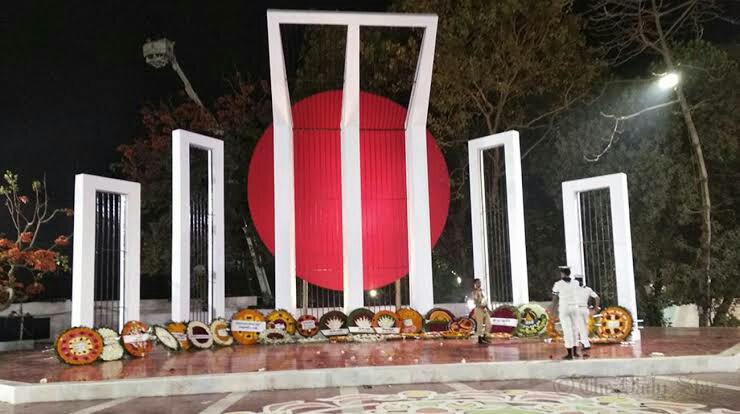 President Abdul Hamid and Prime Minister Sheikh Hasina proceeded to the altar of the Central Shaheed Minar together in slow pace as the immortal song on Amar Ekushey–“Amar Bhaiyer Rakte Rangano Ekushey February”– was playing.

They stood in solemn silence for some time as a mark of profound respect to the memories of the Language Heroes.