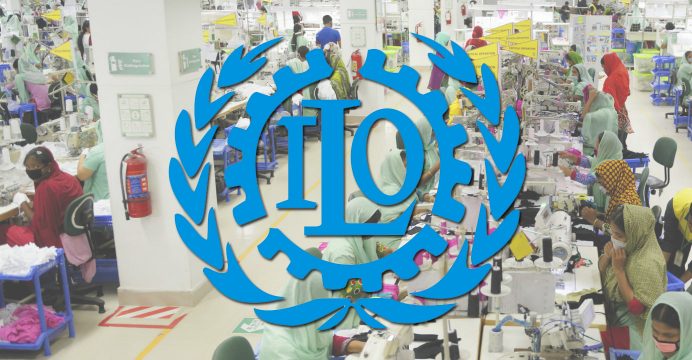 International Labour Organisation (ILO) has said the employment rate in Bangladesh and other countries in the region exceeded the global average and was expected to remain so in the coming years in view of social protection measures.

“The regional unemployment rate (in Asia and Pacific countries including Bangladesh) is projected to remain at around 3.6 percent until 2020, below the global average,” the ILO said in its World Employment and Social Outlook: Trends 2019 (WESO), released recently.

It said the global average of the unemployment rate was 5.6 percent while the figure was around 3.6 percent in Bangladesh and the other Asia and Pacific nations.

The global watchdog, however, said structural transformation moved huge workers out of agriculture, but this could not create significant improvements in job quality in the region.

“Like many countries in the region, Bangladesh is facing a number of challenges related to job security, child , and equal and fair payment for women workers,” ILO Bangladesh Country Director Tuomo Poutiainen said coinciding with the release of the study.

He said if Bangladesh was to meet the Sustainable Development Goals (SDGs) by 2030 there was a need to ramp up its efforts on improving social protection, skills training and occupational safety and health.

“Bangladesh needs to create millions of decent and sustainable jobs each year if it wants to reduce poverty and reach middle-income status.

Poutiainen, however, said Bangladesh government made important progress in these areas and continued to move forward to work on important labour reforms jointly with ILO and other development partners.

Bangladesh’s Labour and Employment ministry along with the Planning
Commission recently commenced with ILO on a comprehensive jobs
strategy.

The ILO country chief expected the initiative to contribute to ne employment initiatives with a special focus on women and youth.

The ILO report reveals a majority of the 3.3 billion people employed globally in 2018 had inadequate economic security, material well-being and equality of opportunity.

The progress in reducing unemployment globally was not being reflected in improvements in the quality of work either.

ILO feared the persistence of a number of major deficits in decent work and warning that at the current rate of progress, attaining the goal of decent work for all, as set out in the SDGs seemed unrealistic for many countries.

The report cautioned that some new business models, including those enabled by new technologies, threatened to undermine existing market achievements – in areas such as improving employment formality and security, social protection and labour standards.

It said the scenario appeared for the policymakers as a major challenge.