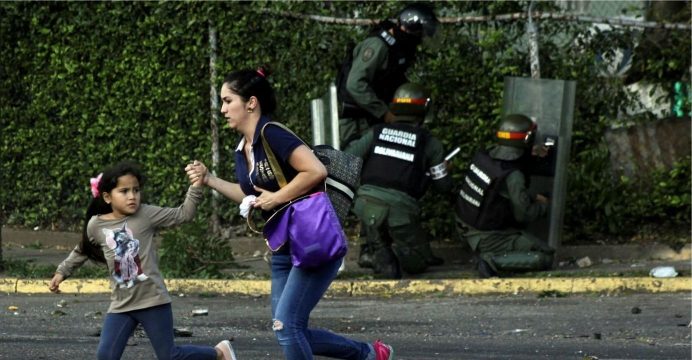 A new observational study published in The Lancet Global Health journal estimates that infant mortality rates in Venezuela may have stopped decreasing and started increasing in 2009 – around the time funding for the Venezuelan health system started to be substantially reduced. The researchers estimate that, by 2016, the infant mortality rate was 21.1 deaths per 1000 livebirths, which is 1.4 times the rate in 2008 (15.0 deaths per 1000 livebirths), and equivalent to the rate recorded in the late 1990s, meaning 18 years of progress may have been lost.

In 2013, the Venezuelan government stopped publishing mortality statistics and the Venezuelan National Assembly declared a humanitarian crisis in 2016. This is the first study to attempt to fill this gap and estimate infant mortality using hospital and census data after 2013. In the absence of official data, estimates of infant mortality from WHO and the UN Economic Commission for Latin America and the Caribbean (ECLAC), assumed that the historical decreasing trend had continued in recent years. However, these estimates are unlikely to accurately represent the effects of recent deterioration in living standards and health provision.

Previously, during the second half of the 20th century, Venezuela experienced one of the largest declines in infant mortality in Latin America, from 108.0 per 1000 livebirths in 1950 to 18.2 per 1000 in 2000. This decline in infant mortality was driven by economic progress, rising living standards, improved sanitation, mass vaccination campaigns, antibiotic distribution, and elimination of disease vectors.

Since the crisis, nutritional status has deteriorated, with 89.4% of households reporting not having enough money to buy food in 2017. Since 2007, Government health care spending has diminished, resulting in decreased patient-to-doctor and hospital bed ratios and inadequate vaccination campaigns. In 2014, household expenditure accounted for 64% of total health expenditures, one of the highest percentages in Latin America. Meanwhile, shortages of basic medicines, surgical supplies, and infant formula have increased in cost, making health care unaffordable for most Venezuelans.

Ms Jenny Garcia from Institut National d’Études Démographiques, Université Paris 1 Panthéon, France, says: “During the 2000s, Venezuela had created policies aimed at protecting their most vulnerable populations, but these efforts are not reflected in the avoidable death rates of Venezuelan children seen today. Regrettably, the country is showing a deterioration of child survival for the first time. Venezuela is the only country in South America that has risen back to the infant mortality rate levels of the 1990s. Trends in infant mortality rates started changing from 2009 onwards, rates stopped declining and began increasing, with the steepest increase seen after 2011. In 2016, the Venezuelan National Assembly declared a humanitarian crisis in the country and requested international humanitarian aid to facilitate the importation of medical supplies and medicines into the country. This attempt and all others have been vetoed by the Government. This study provides a strong evidence base for action to be taken to alleviate and aid the humanitarian crisis under way in Venezuela.”

The researchers note that they risk producing conservative estimates because of their assumption that birth and death registration remained the same as the level observed before the crisis, despite the breakdown in public services.

The researchers suggest that the increasing infant mortality trend is likely to be due to a deterioration in living standards and breakdown in the health system. Since 2016, WHO has reported an increase in infectious and parasitic diseases that had been controlled or eradicated in previous decades.

Ms Garcia says: “During important crises, the most common causes of death are the same as those reported in countries with the highest child mortality rates: diarrhoeal diseases, acute respiratory infections, measles, malaria, and severe malnutrition. All these elements are present in Venezuela and will certainly adversely affect future infant mortality.”

Writing in a linked comment, Professor Chris Beyer from the Center for Public Health and Human Rights, Department of Epidemiology, Johns Hopkins Bloomberg School of Public Health, Baltimore, USA, says: “The suppression of information about the health crisis, taken together with its political and economic root causes, makes this arguably a complex humanitarian emergency… Given these realities, and the unfortunately grim prognosis for reform, Garcia and colleagues suggest that the regional and international response to this crisis has been muted, slow, and nowhere near to scale. A recent US$5 million commitment from the Global Fund to Fight AIDS, Tuberculosis and Malaria, and US$9∙2 million emergency funding from the UN was a step in the right direction, but again, too small to have a substantial mitigating impact.”