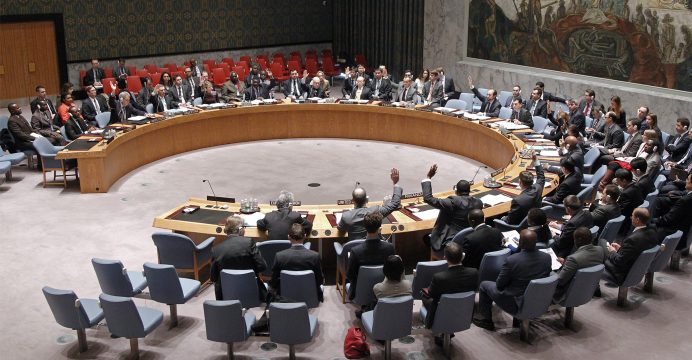 Russia and the US resisted on Friday efforts by the UN Security Council to take a tougher stand on climate change — a day after UN chief Antonio Guterres warned of a lack of political will to fight global warming.

More than 80 people including about 15 ministers — a record according to some diplomats — were expected to air their views at the Council debate about the impact of climate-related disasters on peace and security.

Such numbers “are very surprising,” an African ambassador said, while a French diplomat said it indicates “a large awareness” of the issue.

The debate came after Guterres, at the Davos World Economic Forum, demanded bolder action from governments to arrest runaway warming, which he called “the most important global systemic threat in relation to the global economy.”

Russian Ambassador Vassily Nebenzia, however, told the Council it is “superfluous and even counter-productive to examine the climate problem at the UN Security Council whose principal task is to react rapidly to menaces to international peace and security.”

For Rosemary DiCarlo, an American serving as the UN’s for Political Affairs, “addressing the security implications of climate change is a collective problem, which requires a collective response.”