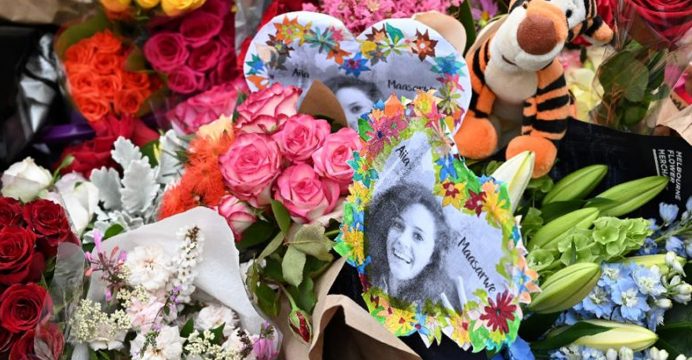 Australians have farewelled Arab-Israeli student Aya Maasarwe in emotional vigils and ceremonies as her heartbroken father prepared to return home with her body on Tuesday, a week after her rape and murder.

The 21-year-old’s body was found by passers-by near a tram stop in Australia’s second-largest city Melbourne early Wednesday, hours after she was attacked on her way home.

Aya Maasarwe’s murder shocked Australians and sparked a huge outpouring of grief that saw thousands attend gatherings in her memory, and raised questions about the safety of women on public streets.

A 20-year-old, Codey Herrmann, was charged with her rape and murder and remanded in custody pending another hearing on June 7.

Her father Saeed Maasarwe, who flew to Melbourne after news of his daughter’s death, said he was “very surprised” and comforted by the outpouring of support, and called for more forgiveness.

“This is the message we want to send, we want to make the world more peace and more safety, and more beautiful, and more smile; and more forgive each other,” a tearful Maasarwe told reporters late Monday.

“It’s not from me, this is Aya. I talk in my voice, but this is Aya’s mind,” he said, adding that he wished people would “see the light in the dark… and not be in the dark”.

Maasarwe — who has asked local media to spell his daughter’s name as “Aya” instead of “Aiia” as stated in her passport to reflect that she is a Palestinian of Israeli citizenship — is set to return to Israel with her body.

Her family invited the public to a Muslim ceremony for Aya Maasarwe at a Melbourne mosque late Monday to thank them for their support and love.

Details of the attack have been withheld from the public by the court at the request of prosecutors as Maasarwe’s family have yet to be told, amid reports of the graphic nature of the information.

The court was told it was Herrmann’s first time in custody and he could be vulnerable due to his Aboriginal heritage and age, The Age newspaper said.