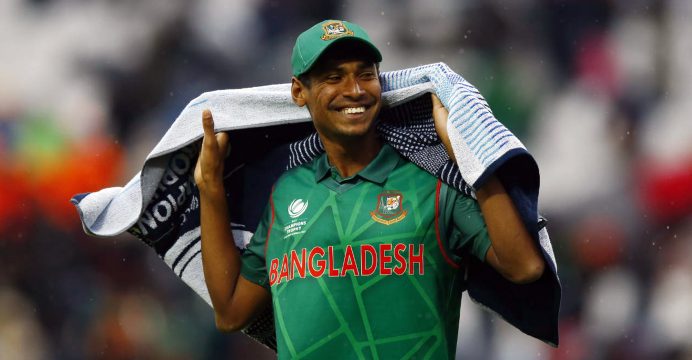 Mustafiz in ICC’s ODI Team of the Year

Bangladesh pace bowing sensation Mustafizur Rahman has been named in the ICC Men’s ODI Team of the reports BSS.

Mustafizur Rahman, who is popularly known as Fizz, is the only Bangladeshi cricketer, who secured a place in ICC Team of the Year category after the global cricket oversight body announced its annual awards today.

The cutter master Mustafizur played 18 ODIs in 2018 and took 29 wickets with the best bowling figures of 4 for 43 against Pakistan in Asia Cup. He steered Bangladesh to overcome the challenge of Pakistan to propel the team to the final.

India and England dominated 2018 and together they make up more than two- thirds of the ODI Team of the Year. There is no player from Australia, South Africa, Pakistan, Sri Lanka and Windies.

Indian players Rohit Sharma, Virat Kohli and Bumrah also made the team. Jonathan Bairstow, Joe Root, Joss Butler Ben Stokes are the English players who form the rest of the side.